One of our very own here at NewsChannel 13 lost his home in the storm. Dave Wennberg, a director at WNYT, says the unsettling feeling that day hit on his drive in to work.

“I remember going up (Interstate) 88, and on the side the stone, and I can see it clear as day in my mind now, it makes me tear up thinking about it, the amount of water. I had never seen it like that. I was like, ‘That’s a lot of water,’” he said.

Wennberg was working in the control room. We were about to go on the air when his wife called.

“So I answer it and just said ‘I have ten seconds, what is it?’ he recalled. “All she said was, ‘It’s really bad.’ But I can’t even describe. It’s just, you know that tone. It says everything.” 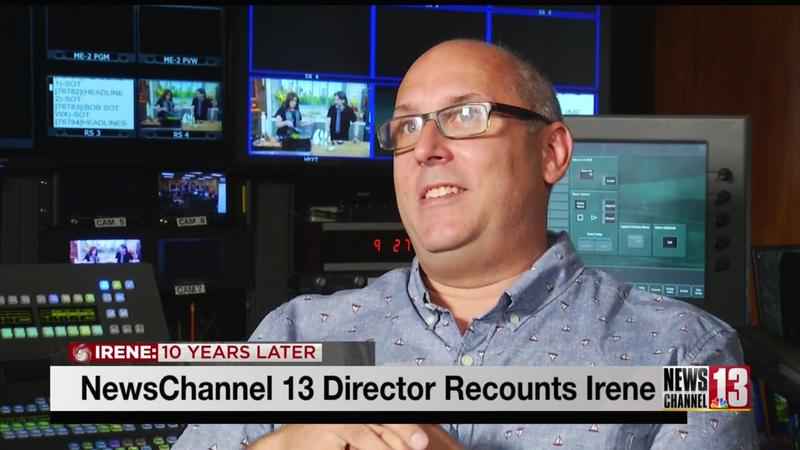 He could tell something was not right.

“I knew just from the tone that our life was going to be different. ‘I’m not going home tonight,’” he said.

His wife Kimberly and daughter Maggie evacuated. They were safe as floodwaters destroyed homes in the village of Schoharie.

They’ve moved out of the village, with this thought on how far recovery has come a decade later: “You see a gorgeous house and a house where nothing has been done, which is the epitome of the whole town where some stories were ok and others were not.”