ALBANY – It’s been a community eyesore for four decades, but there now seems to be eye-opening progress at the old Tobin’s First Prize meat packing plant in Albany.

Planners and developers have big dreams for the property.

Now the plan is to convert this property into a multi-use neighbor, according to the developer, is no baloney. 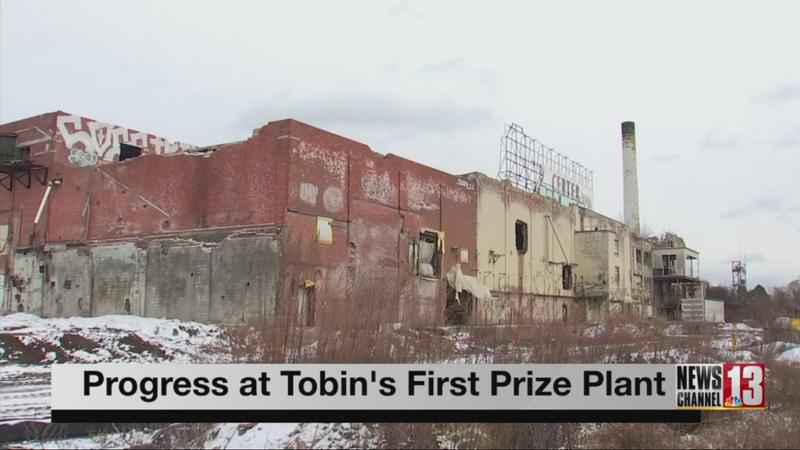 The demolition phase is halfway through on the 32-acre property. Bulldozers have reduced the huge concrete buildings to piles of rubble, on a site on Exchange Street that has laid dormant and decaying.

Richbell Capital estimates the demolition work will be complete by springtime.

When they reach that point, they’ll be handing over architectural plans to zoning boards in both Colonie and Albany.

The end goal is to have residential housing, retail shops, office space, and many other amenities.

The iconic First Prize sign was taken down during the demolition phase. It has been set aside and will be incorporated into the project.

It should be noted other developers have had big plans for this site since Tobin First Prize ceased operations in 1981. Those plans have fallen through.

Learn more about why developers say this time is different, by watching the video of Dan Levy’s story.