With all the COVID variants out there, there’s a new way to keep track of them.

The World Health Organization says this should be easier for everyone. The agency says it will now use letters of the Greek alphabet.

So the UK variant, and now the predominant variant in the United States, will simply be known as "Alpha."

The one identified in Brazil will be "Gamma." 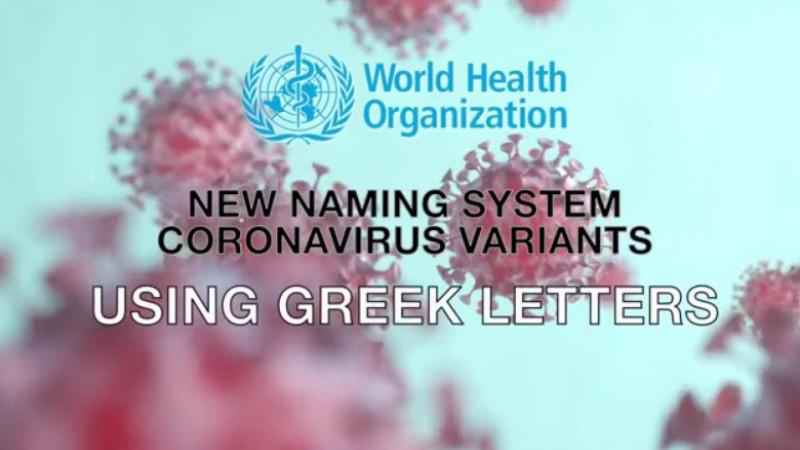 The WHO says this move will make the names easier to pronounce, and will avoid stigmatizing the country they were first detected in.