AL KHOR, Qatar (AP) — The United States frustrated England in a 0-0 draw on Friday for its second consecutive tie in the World Cup.

The result might not match the U.S.’ famous 1-0 win from the 1950 tournament, but it was the latest occasion in which the Americans have defied the odds against the Three Lions.

England is still waiting for its first win in three World Cup matches against the U.S. after a 1-1 draw in South Africa in 2010.

The U.S. came close to recording a second victory over England at a World Cup after creating several scoring chances, including a first-half shot by Christian Pulisic that smashed the crossbar.

Weston McKennie also fired over from just eight yards out. 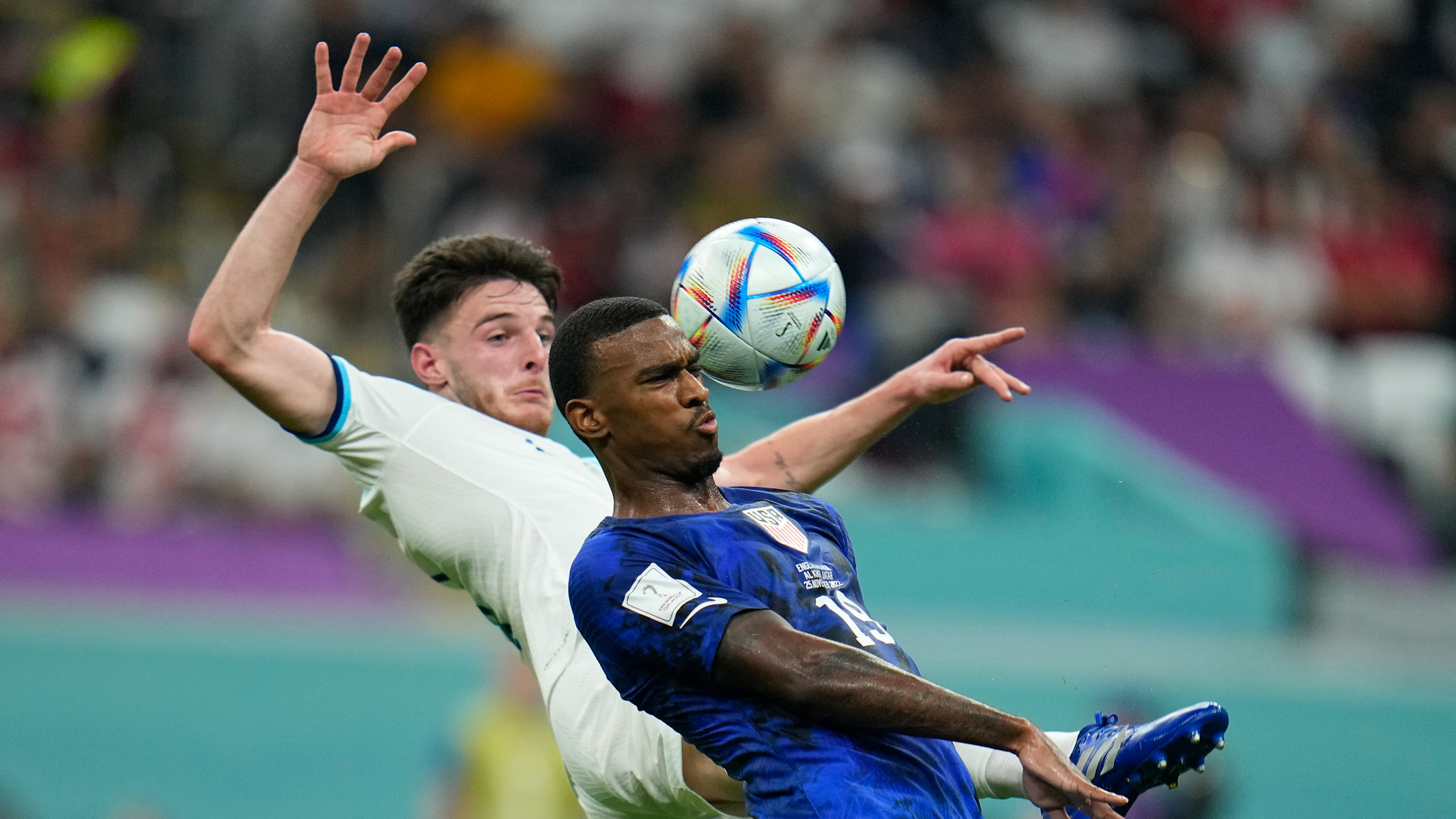 England's Declan Rice, left, fights for the ball against Haji Wright of the United States during the World Cup group B soccer match between England and The United States, at the Al Bayt Stadium in Al Khor, Qatar, Friday, Nov. 25, 2022.

England knew victory would guarantee progress to the knockout stages, but a draw still keeps it at the top of Group B with four points. The U.S. is third with two points and needs a win against Iran on Tuesday to advance.