A state of emergency has been declared in the city of Albany over concerns of Central Warehouse. The announcement comes just hours after Amtrak temporarily suspended service west of the city after portion of the facade fell.

Albany Mayor Kathy Sheehan says she declared the state of emergency so they could address this issue as quickly as possible. Amtrak suspended service west of Albany. Mayor Sheehan says the track is a key corridor, so the shutdown is creating challenges.

The mayor says concrete is falling from the wall and falling close to the tracks. The city cited it for code violations months ago. Since then, there has been additional deterioration. The city notified Amtrak, and Amtrak suspended the service as a precaution. The city is concerned because the southern wall of the building is adjacent to the tracks.

The mayor says the owner of the building isn’t taking care of the property. She says the county has attempted to foreclose on the property, but the owner has filed lawsuits fighting to keep his property.

Building owner Evan Blum spoke with NewsChannel 13 on the phone.

“All I am is a guy in business, buying a building, trying to fix it up, create 350 jobs and expand my business,” said Blum.”  “I need the space badly for an expanding business, and they are blocking me every step of the way.”

Hear from people frustrated the building has been deteriorating for so long by watching the video of Jonathan Hunter’s story. 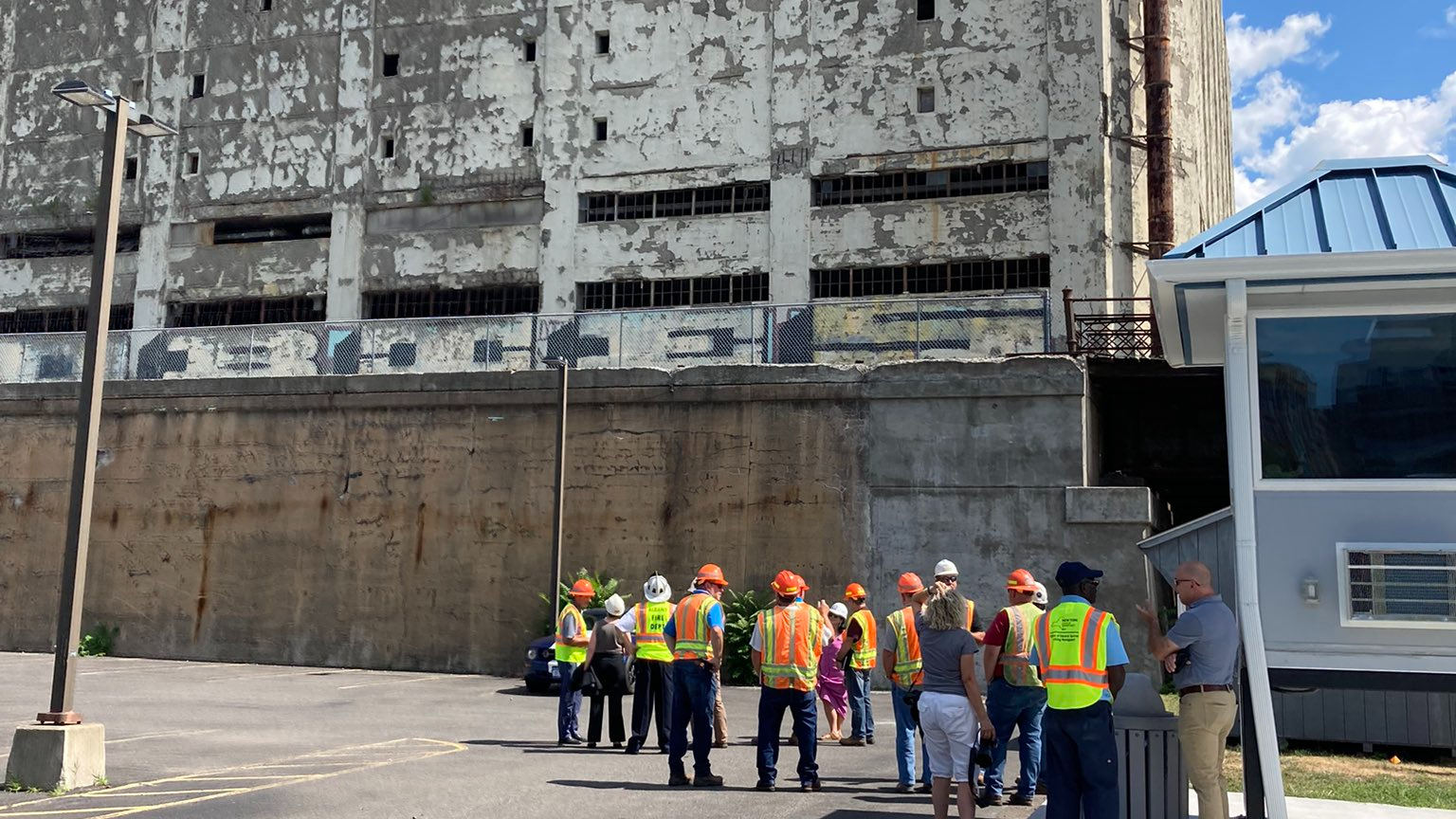 Workers gather outside the abandoned Central Warehouse in Albany after part of it collapsed on Friday. (Jonathan Hunter / WNYT)

“What we are seeing with respect to safety concerns at the Central Warehouse and the temporary suspension of Amtrak service is a real world consequence of ongoing frivolous litigation carried out by the owner, the Phoenix of Albany LLC, which is solely owned by Evan Blum. For over a year now, Blum has repeatedly attempted to use the courts to disingenuously prevent the transfer of title to the Central Warehouse to Albany County and ultimately tied our hands in this regard.

“This has only delayed any meaningful rehabilitation of the property structure, which has continued to decay since Blum acquired it in August of 2017. I commend Mayor Sheehan for taking swift action today in declaring a state of emergency to remedy this situation as quickly as possible. I will continue to work with the City and the State in any way we can to resolve the matter and ensure the safety and wellbeing of our residents.”

If you’re driving south on 787, Central Warehouse is the first eyesore welcoming you to the city.

The 11-story concrete building served as a food storage facility from 1927 into the late 1980s.
It’s been bought and sold several times – each time with plans to renovate.

In October of 2010, the building caught fire, and burned for several days.

A contractor from Rensselaer – 35-year-old George Ellis, was arrested in connection with the fire.

Police say he went into the abandoned building, and was sawing through the metal pipes to steal them.