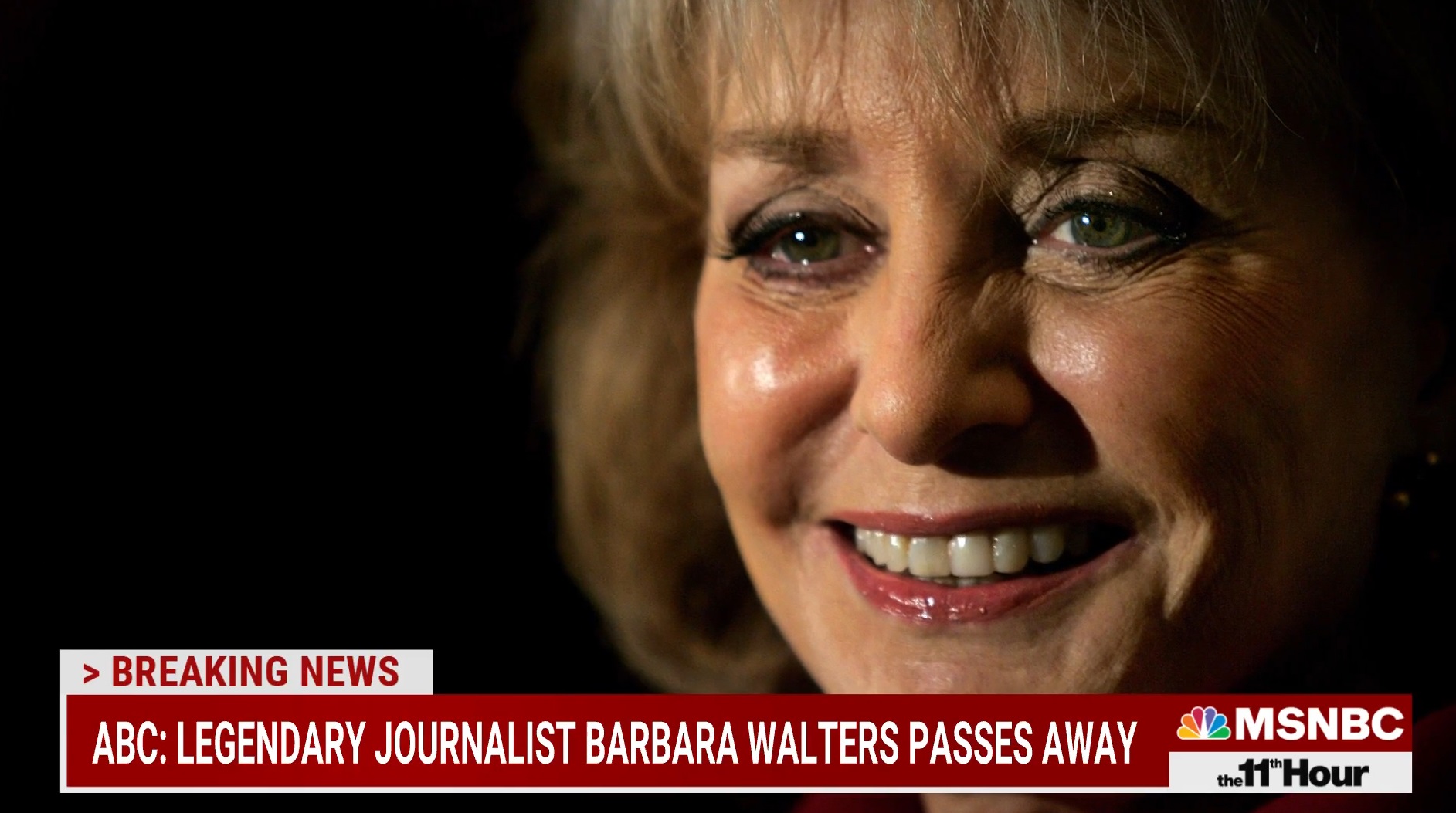 Robert Iger, CEO of the Walt Disney Company, tweeted Friday night about her passing. He wrote in a statement, “Barbara was a true legend, a pioneer not just for women in journalism, but for journalism itself.”

He said she was a “one-of-a-kind reporter.

“[She] landed many of the most important interviews of our time, from heads of state and leaders of regimes to the biggest celebrities and sports icons,” Iger wrote. “I had the pleasure of calling Barbara a colleague for more than three decades, but more importantly, I was able to call her a dear friend.”

He wrote she will be deeply missed.

“We send our deepest condolences to her daughter, Jacqueline,” Iger wrote.