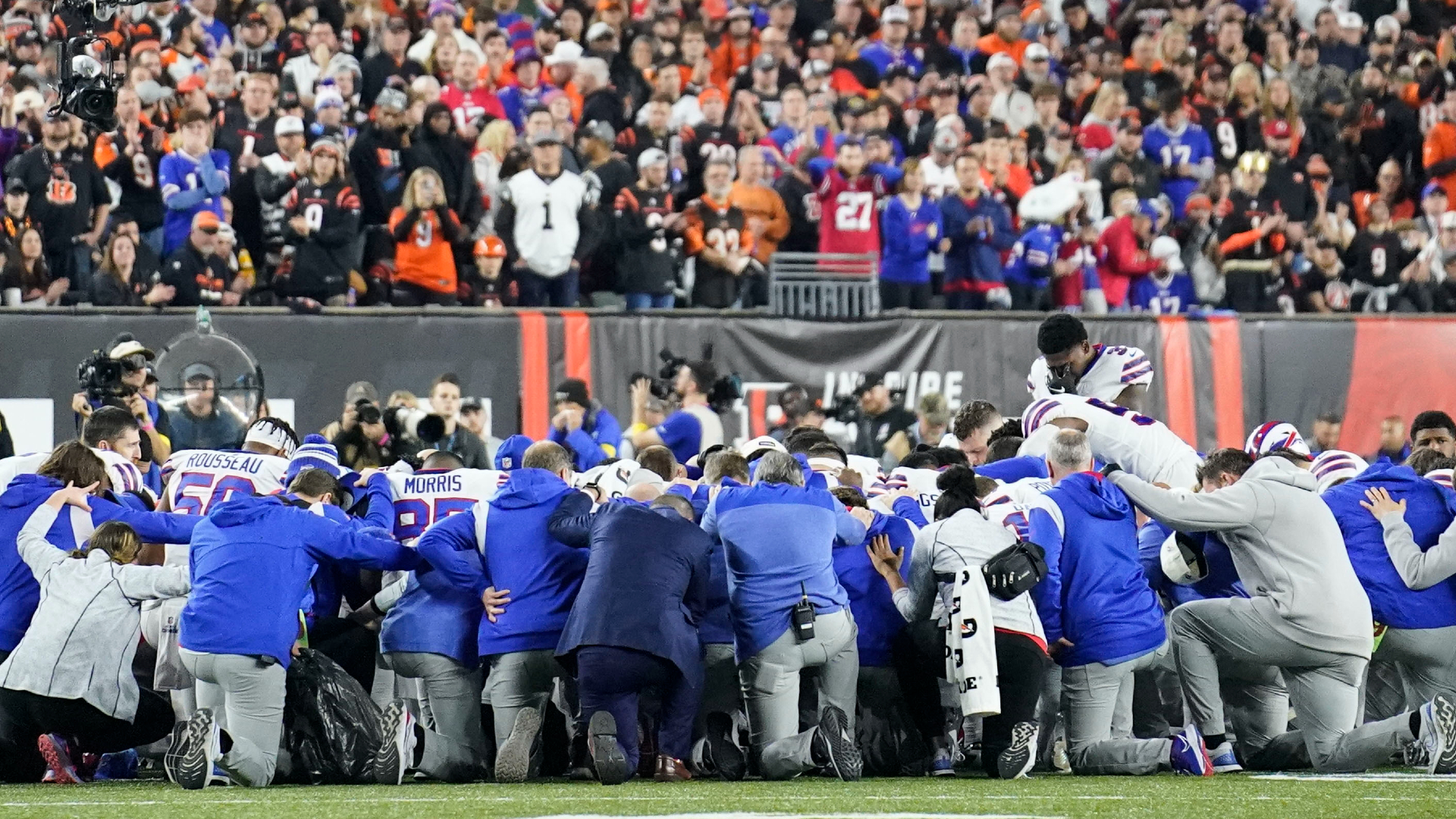 Buffalo Bills players and staff pray for Buffalo Bills' Damar Hamlin during the first half of an NFL football game against the Cincinnati Bengals, Monday, Jan. 2, 2023, in Cincinnati. (AP Photo / Joshua A. Bickel)

ALBANY – The most likely scenario, according to area cardiologists, is that Buffalo Bills Safety Damar Hamlin suffered an “extremely rare” medical condition known as commotio cordis.

“The hit was almost like a routine hit if you saw the play,” suggested Dr. James Philip, with Albany Associates in Cardiology. “I don’t think it was that out of the ordinary.”

Philip points out a blunt, seemingly innocuous trauma to the chest from an NFL helmet is probably what caused Hamlin’s cardiac arrest during a Monday Night Football game.

Also possible, he says, is that a predisposed heart abnormality did not turn up during what is generally regarded as rigorous medical screening players go through to suit up with an NFL team.

“I’m not sure I would use the word ‘miss’ but I’m certain cardia conditions are not seen on routine cardiograms,” Dr. Philip said. “Things can change, things can change with his health that may have gone unnoticed.”

Dr. Lance Sullenberger with Capital Cardiology says the major issue at this point is the amount of time Hamlin’s heart was stopped, meaning the amount of time there was no blood flowing to his brain, which impacts other organs, something that could have life-threatening consequences.

“The rapidity with which blood flow was restored, his youth and his underlying — what we expect to be excellent physical fitness level — all predict that he should have a good chance at recovery,” Sullenberger predicted.

Sullenberger says his office was already fielding a larger number of calls than usual on Tuesday from folks who wanted to be evaluated by a cardiologist.

He advises people that when ever they exercise, if they experience palpitations, or feel like they’re going to pass out, or have chest discomfort, they should never ignore the symptoms.