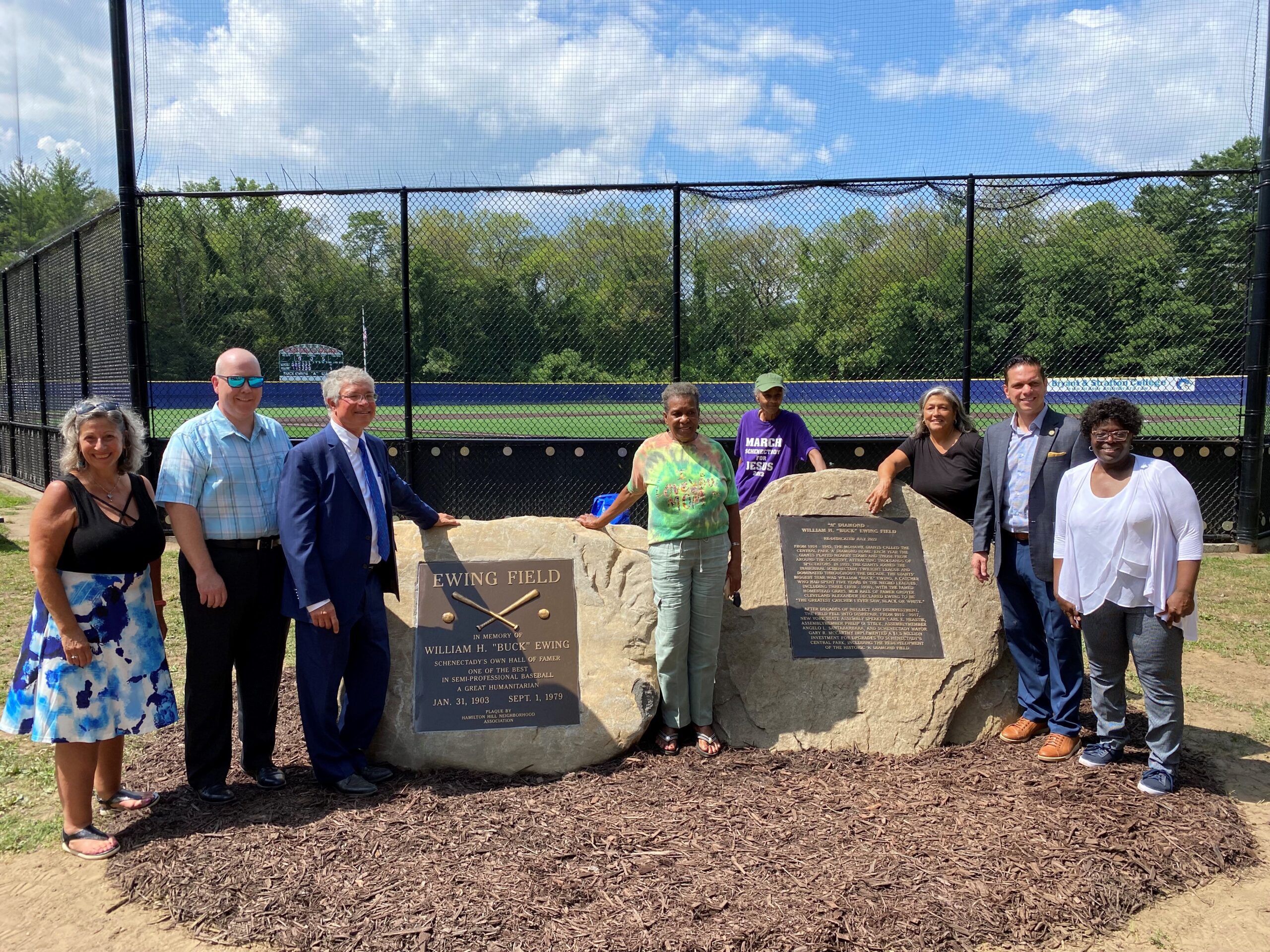 The field was home to the Mohawk Giants from 1924 through 1943 attracting thousands of spectators.

The field was rededicated for the Giant’s biggest star William “Buck” Ewing, a catcher who spent five years in the Negro Leagues including three with the famed Homestead Greys.

The City of Schenectady implemented a $1.5 million investment to upgrade and redevelop the field between 2015 and 2017.

The rededication of the field included the unveiling of a plaque commemorating its history and recognizing recent investments behind home plate. The plaque was installed next to a previously donated plaque donated by the Hamilton Hill Neighborhood Association.