BOSTON (AP) — Maura Healey, the first woman and first open member of the LGBTQ community to be elected governor of Massachusetts, was sworn into office at the Statehouse Thursday, pledging to lead “with empathy and with equity.”

The ceremony also marks the first time that an all-women ticket will occupy the office. Kim Driscoll, who served as mayor of Salem, was elected lieutenant governor with Healey and was also sworn in on Thursday.

Healey outlined some of her goals in her 35-minute inaugural address.

She acknowledged the soaring cost of housing in Massachusetts and vowed in her first 100 days to create a new secretary of housing. She said she’ll also work to convert state-owned property into homes or rental properties and reduce costs for renters by expanding tax breaks. 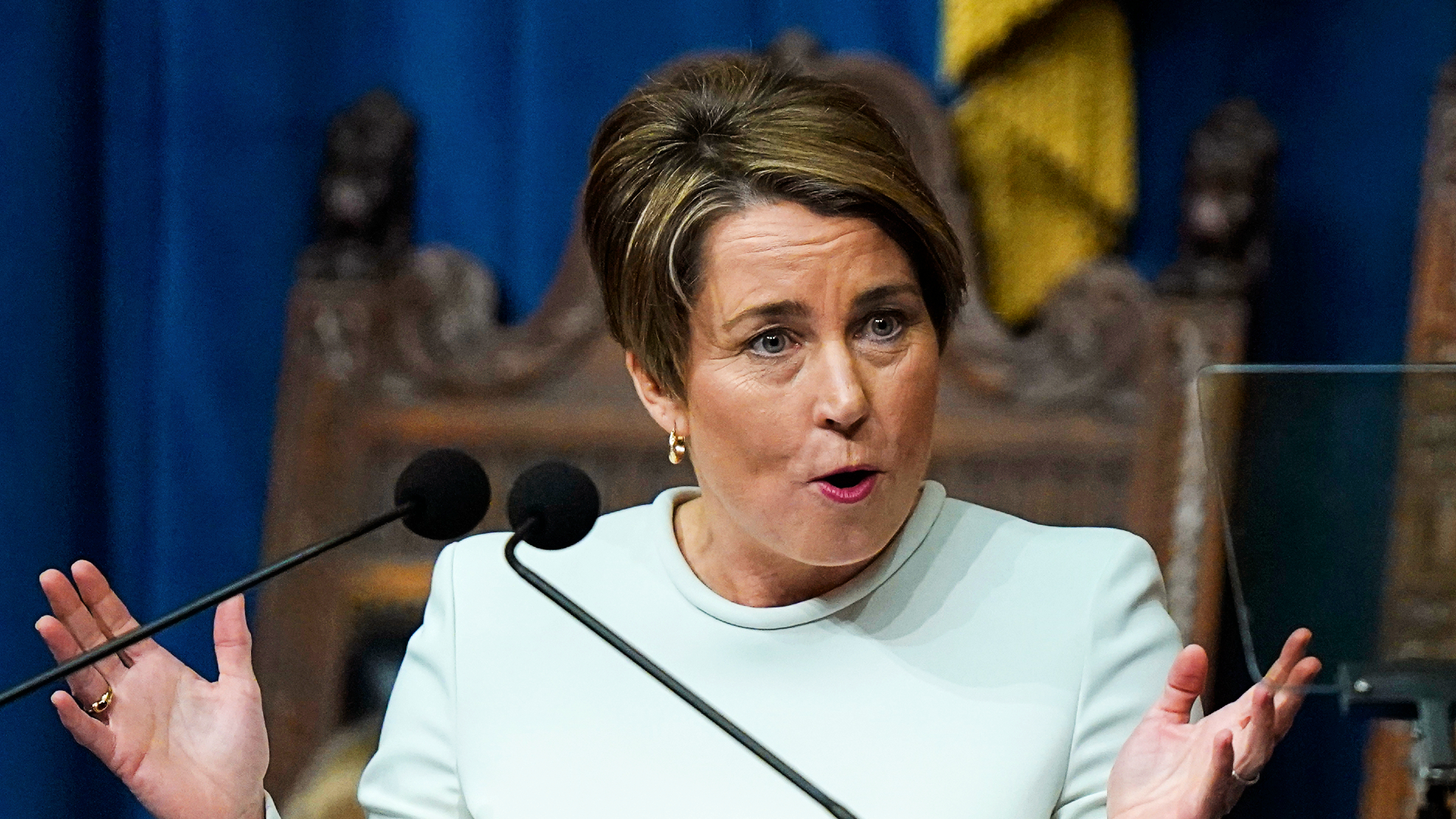 “The cost of housing is out of control because we simply don’t have enough of it,” she said. “If we want Massachusetts to be a home for all, we need to build more places to live.”

Healey said she’ll work on changes to the tax code including pushing for a child tax credit for every child while also working to expand access to child care.

In her first budget Healey said she will propose offering free community college to students over 25 who don’t have a college degree. She said she’ll also press for increased funding to the state university system to make it easier for everyone to afford a higher degree.

One of the biggest challenges facing Healey is the state’s beleaguered public transit system.

She said in the next 60 days, she’ll appoint a safety chief to inspect the Massachusetts Bay Transportation Authority, which oversees the Boston-area public transportation system, and will include funding in her first budget proposal to hire 1,000 new workers to get the system running at full capacity.

“We know the MBTA is woefully understaffed — and we know that lack of staffing has had grave consequences,” she said.

Healey, who served eight years as Massachusetts attorney general, ran virtually unopposed in the Democratic primary last year and easily defeated Republican candidate Geoff Diehl in the general election. She’s only the second Democrat in the past three decades to be elected governor in Massachusetts.

The new governor is also part of a record number of women occupying top state elected offices in Massachusetts. Of the six statewide offices, not counting U.S. Senate seats, women will now hold all but one.

During her speech, Healey also said she’s committed to removing barriers people of color, people with disabilities, women and LGBT residents have faced for generations.

She said she will begin by directing each agency in her administration to conduct an equity audit.

“Our greatest strength is our people, but we can not reach our potential as a state when so many are held back from reaching their own,” she said.

Healey said she’ll also push ahead with the state’s efforts to transition to a renewable energy future.

She pledged to double the state’s offshore wind and solar targets, quadruple its energy storage and put a million electric vehicles on the road by 2030.

Those promises dovetail with the state’s larger efforts to combat climate change. Healey said she’ll create the country’s first cabinet-level climate chief to work across government and with cities and towns to meet the state’s climate goals.

Much like former Democratic Gov. Deval Patrick invested state funds to help make Massachusetts a center for biotech, Healey said she wants to make the state a center of renewable energy technology.

A former Harvard basketball player, Healey said she has relied on teamwork as attorney general and will bring that same sense of a shared mission into the governor’s office.

Healey is hoping to work closely with the Democrat-controlled Massachusetts House and Senate. Democratic Senate President Karen Spilka delivered the oaths of office to Healey and Driscoll.

“No matter what challenges we face, no matter what lies ahead, we will stay true to the best of ourselves,” Healey said. “We will act with empathy and with equity. We will work together.”