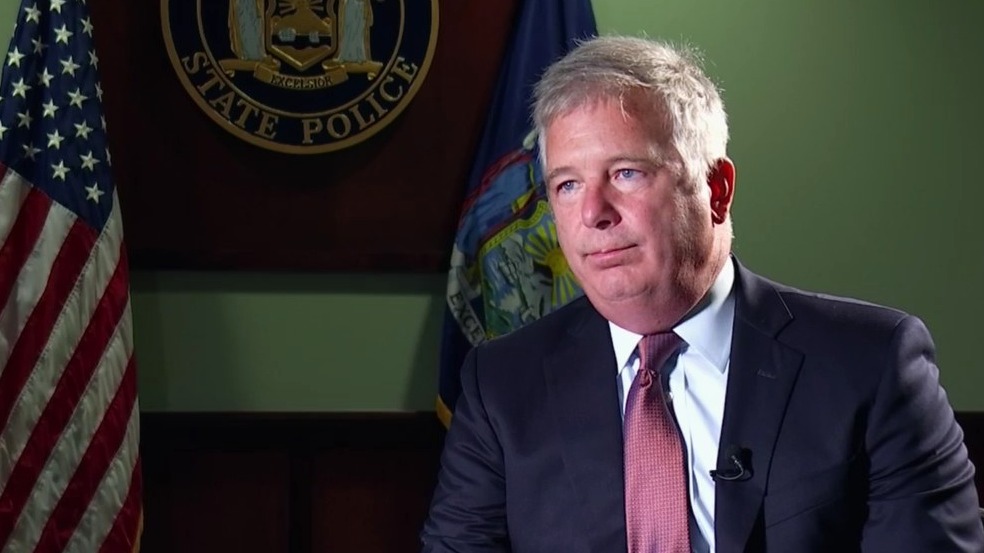 FILE - Former State Police Superintendent Kevin Bruen is seen in a 2021 interview with NewsChannel 13. He's now been hired as a public defender in Warren County.

Former State Police Superintendent Kevin Bruen has a new job. He will serve as a public defender in Warren County.

Bruen will begin in his new role on Dec. 1.

He resigned from the state police in October after he was accused of not properly disciplining a subordinate who was his friend.

Bruen has vast experience as an attorney. He was an assistant district attorney in Warren County before he became counsel to the Department of Corrections and then the state police.

Warren County Public Defender Greg Canale said Bruen’s experience will be valuable to indigent defendants and the attorneys who represent them,

“Mr. Bruen will bring a plethora of knowledge and experience to his primary task of training and mentoring our young lawyers,” Canale said.

Bruen, who lives in Glens Falls, sent us this statement: “I’m happy to be home, and to be able to complete my public service career by helping Public Defender Canale and his staff. I look forward to working with the attorneys in the Public Defender’s Office.”

Bruen will earn approximately $77,000 a year in his new position.