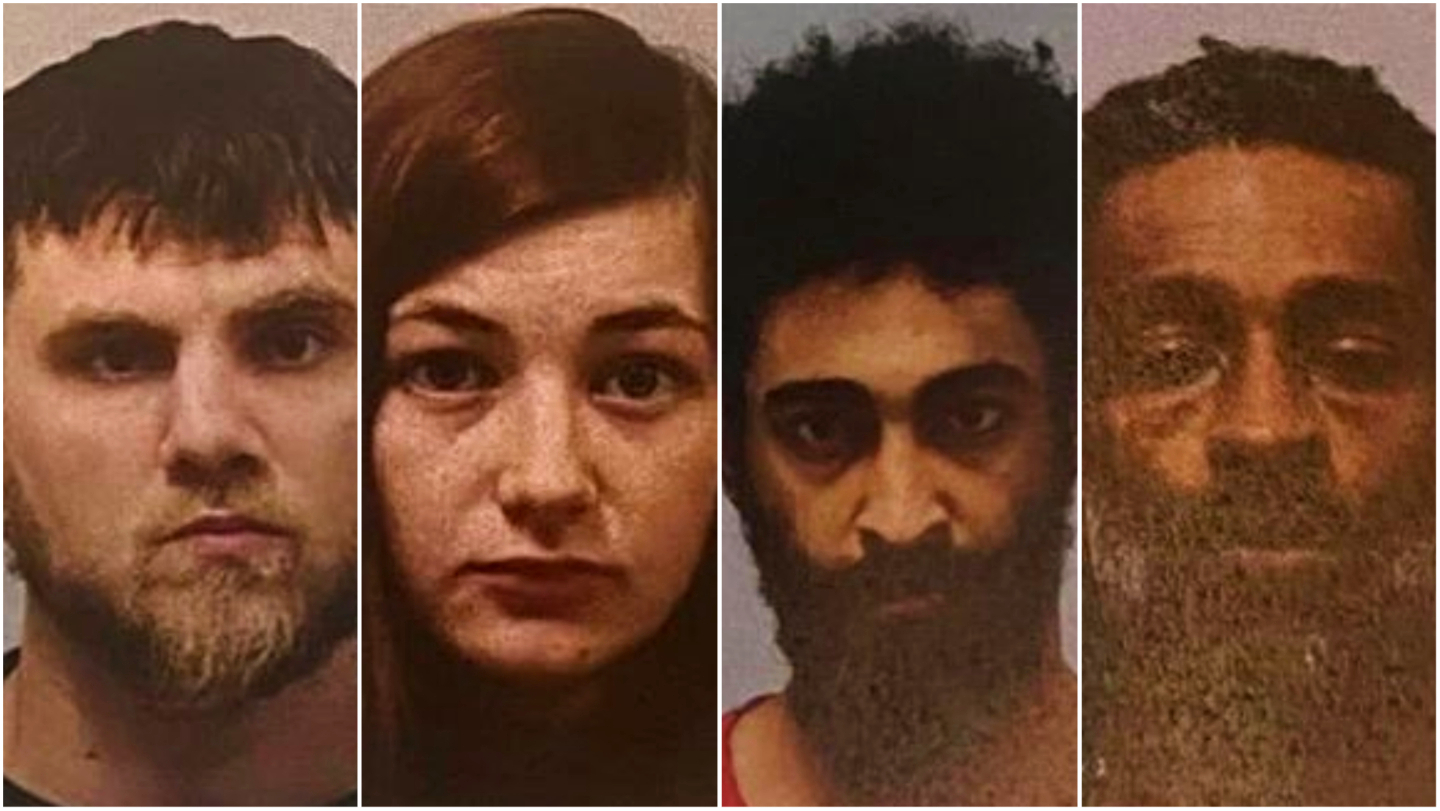 Police have arrested four people and are looking for two more in connection with a robbery.

Colby Hudson, 30, Morgan Brate, 22, Thomas Mason Jr., 29, and Thomas Mason Sr., 49, broke into a home in Greenville, then assaulted and held down two victims until they were able to steal some money, according to police.

The victims were treated at the scene for minor injuries.

The suspects all face charges of burglary, robbery, assault and grand larceny.

Police are looking for Dezsarai Leno and Robert Viores in connection with the case.