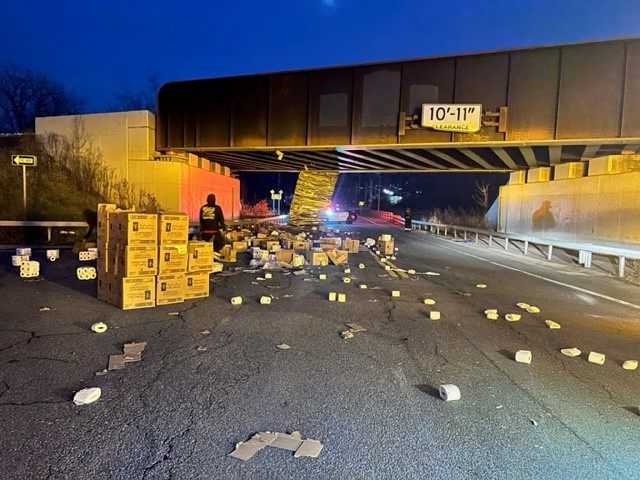 Glenville police say the railroad bridge over Glenridge Road was hit by a truck at 4 Monday afternoon.

The truck was hauling paper products The road remained closed though the evening while the mess was cleaned up.

No other vehicles or people were involved and there were no injuries reported.

Police say that no driver impairment was reported to have caused the crash.

The driver has been ticketed and issued fines for ignoring the posted road signs warning of the bridge clearance.