A big accident on the Thruway in Greene County tied up traffic for hours, Wednesday evening. Two people were hurt.

It happened southbound at mile marker 128 between Exits 21B and 21A, say police.

A tractor trailer hauling 197,000 pounds of crane equipment got stuck in the right lane. An SUV traveling with the tractor trailer was then hit by a van, and pinned between the big rig and the guardrail.

The two people in the SUV were taken to Albany Medical Center with serious injuries.

The drivers of the tractor trailer and minivan were not hurt. 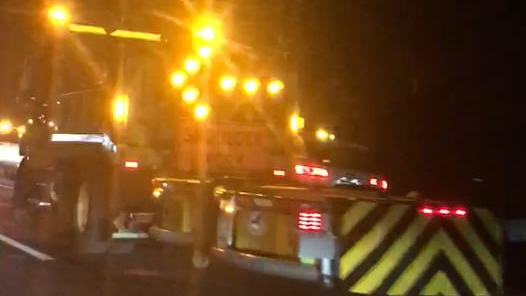 Emergency crews on the scene of the crash, Wednesday evening. (WNYT)