HBO’s “The Gilded Age,” which has been filming all throughout Troy and Albany, is now making it’s way to Cohoes. With the production comes more parking restrictions throughout the region.

The production will be at the Harmony Mills from Aug. 15 to Aug. 24. During that time, there will be two main restrictions. From Aug. 15 through the 21 traffic on North Mohawk Street will be slowed, and production staff requests people find an alternate route if possible.

On Aug. 22 and 23, North Mohawk Street will be closed entirely between Vliet Street and Manor Avenue. Local traffic only will be able to enter at Manor Avenue to Front Street.

From there, they will move to Garner Street from Aug. 18 to Aug. 24. Garner Street between Worth and Willow Street will be closed entirely during that time, even to local traffic.

On Aug. 23 the restrictions expand. So Garner Street is closed between Vliet Street and Johnston Avenue.

They will be moving to the Music Hall from Aug, 15 to Sept. 2. This will only close down Remsen Street between Seneca Street and Cayuga Street on Aug. 29. 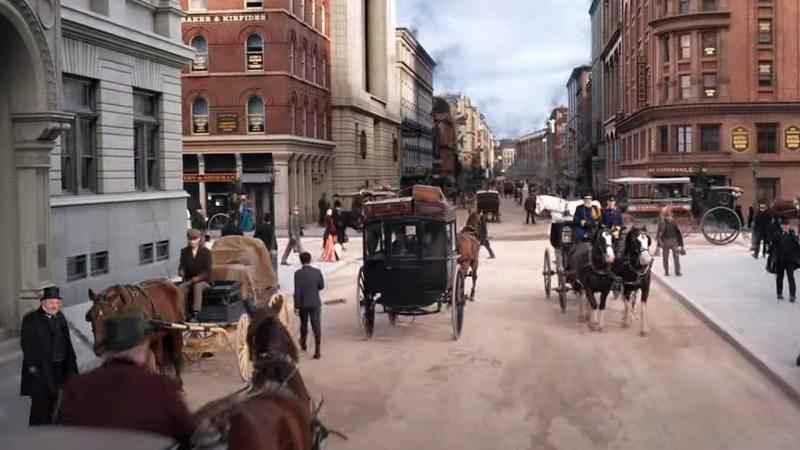 A scene from the trailer for The Gilded Age's first season. (HBO)

For maps and a more detailed list of restrictions, you can head over to: https://www.ci.cohoes.ny.us/543/Road-Closure-and-Parking-Restrictions-Du.