Gov. Hochul has signed a package of new environmental measures into law.

The governor called the three new bills a major step forward in helping to advance clean energy in the state. She says New York is already a leader in reducing greenhouse gas emissions.

Hochul says part of the plan is to update building codes. She says that will eventually help reduce greenhouse emissions all across the state, because buildings are the biggest contributor. 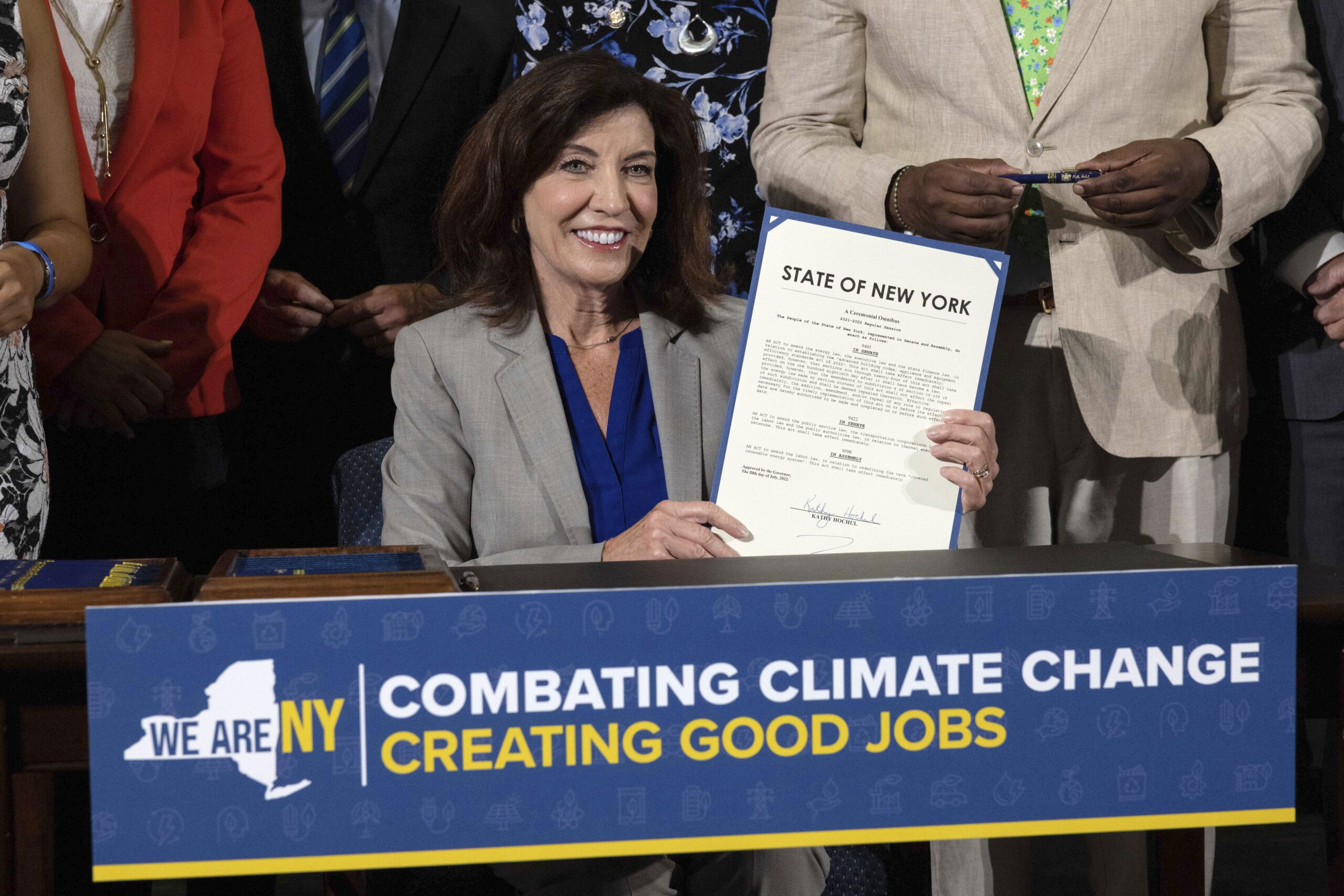