Hochul prepares for Tuesday’s State of the State

Gov. Kathy Hochul is preparing to give her State of the State Tuesday for the first time as an elected governor.

When Hochul defeated Republican Lee Zeldin back in November, she became the first woman ever to elected governor in the state’s history.

She took over the office back in August 2021 – when former Gov. Andrew Cuomo resigned.

When she was sworn into office on January 1 of this year, she took a moment to talk about women who were trailblazers in our nation’s history, such as Sojourner Truth, Harriet Tubman and Susan B. Anthony.

Political Science Professor Ron Seyb believes this is significant moment in our state’s history with her being the first woman elected governor of our state. He believes she will touch on that Tuesday, but says she wants to make her own mark on history. 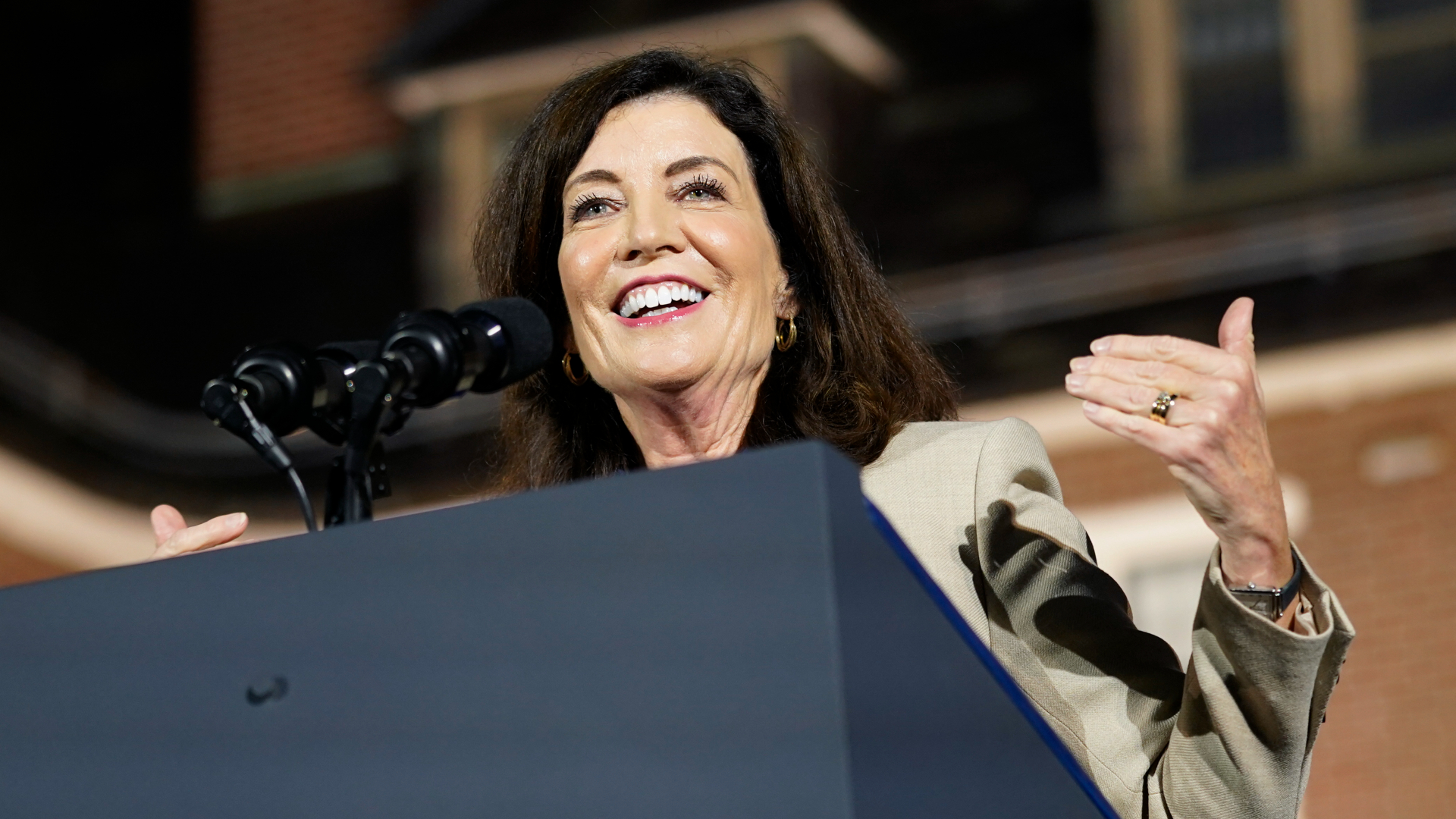 “She did, during those brief inaugural remarks, did say, ‘I’m not here to make history, I’m here to make a difference.,’” So she wants to say ‘I’m not simply a kind of symbol or a kind of icon – though that’s to not be diminished – but I also want to be somebody who actually does important things for the citizens of New York,”’ said Seyb.

Be sure to watch NewsChannel 13 and WNYT.com on Tuesday for more of Jonathan Hunter’s interview with Seyb, and full coverage of the speech.