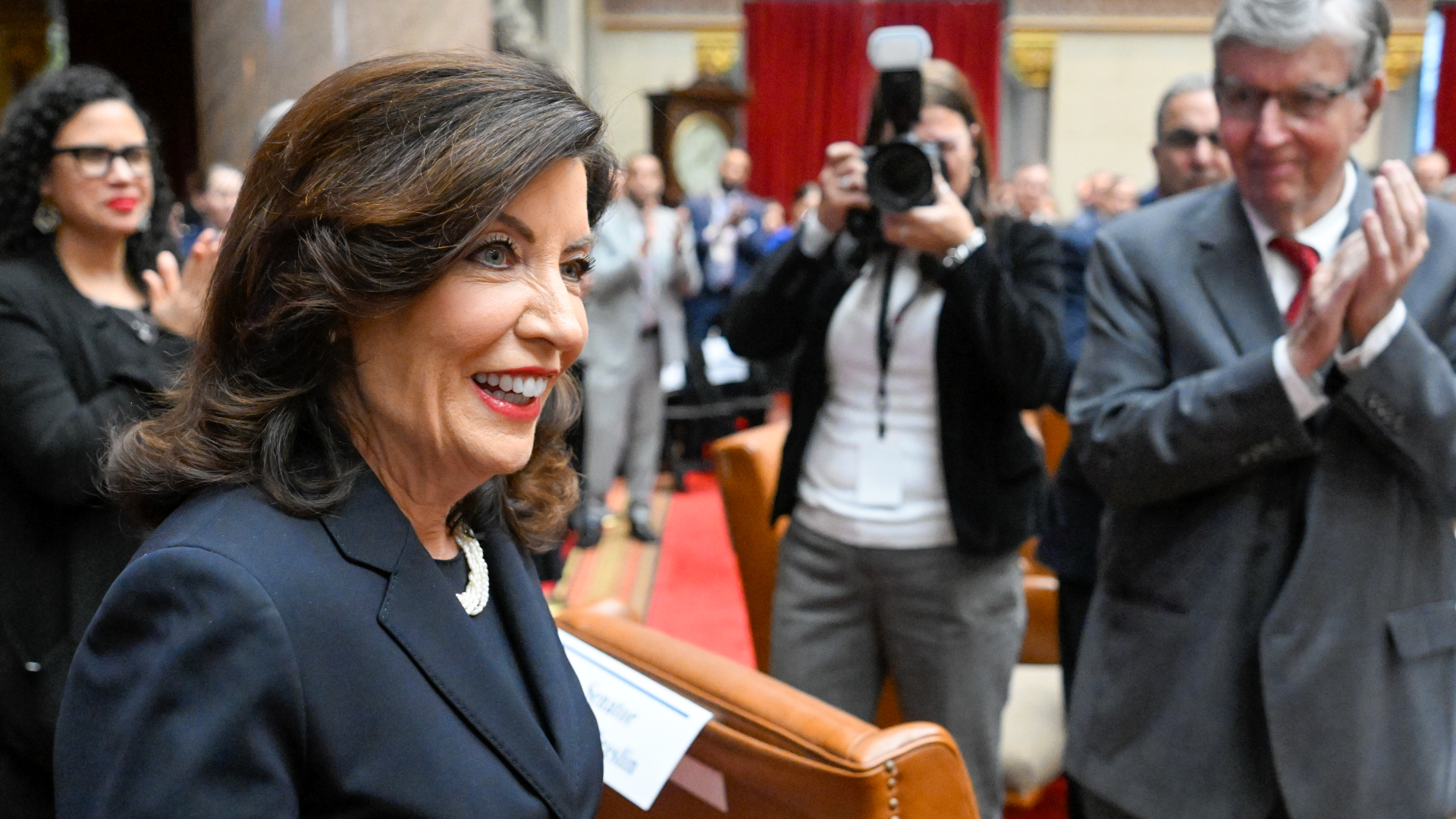 Gov. Kathy Hochul laid out an ambitious plan for 2023 as the state continues to bounce back from the COVID-19 pandemic.

Her proposal comes with 147 different initiatives she hopes will improve the state. Hochul worked to boil those down into a State of the State speech that lasted about an hour.

“The state of New York is strong, but we have work to do,” said Hochul, as she began.

Among the highlights — Hochul says she wants to raise minimum wage each year to keep up with the cost of inflation. She acknowledged the average cost of goods and energy in low-income households rose more than 13% in two years.

With the energy to power those utilities, Hochul also called for an end to new fossil fuel-powered heating equipment by 2030, and full zero-emission construction by 2028. Her plan would also make companies that produce big emissions buy permits.

The governor also discussed affordable childcare, and her work to expand access for low-income families. She says less than 10% of families eligible for childcare assistance are enrolled. She blamed the way the system works and announced plans to streamline it.

Another big issue was crime. Hochul discussed her work on gun control and bail reform. She talked about the state’s tough crackdown on gun laws -– including closing loopholes, banning ghost guns, and raising the minimum age to buy a semi-automatic weapon to 21.

Hochul acknowledged she stands by bail reform, but it leaves room for improvement.

“The size of someone’s bank account should not determine whether they sit in jail,” she said.

Hochul says she knows changing bail laws will not automatically decrease crime. However, she hopes investments in education, housing, and mental health will also help.

Mental health is also a big part of Hochul’s agenda. She announced an investment of more than $1 billion in mental health – with enough beds to help more than 10,000 New Yorkers. The programs will help treat New Yorkers and safely reintegrate them back into society if possible. Hochul also announced a plan to reduce unmet mental health needs for kids in half over the next five years.