A judge has rejected the plea deal for Nauman Hussain – the operator of the limousine company in the deadly 2018 limo crash. The judge’s decision drew applause from family members in court. The case will now go to trial.

Hussain went before the judge Wednesday morning for sentencing. What folks witnessed in Schoharie County Court was not only extraordinary and shocking – according to some – it was a miraculous answer to their prayers.

No one in the courtroom seemed to see it coming. Everyone assumed Hussain would be sentenced to five years’ probation for his involvement in the Schoharie limo crash.

Hussain pled guilty to 20-counts of criminally negligent homicide. The deal was hammered out between District Attorney Susan Mallery and defense attorneys.

However, the previous judge who signed off on the agreement retired. That’s where Judge Peter Lynch from Albany County comes in.

After examining the agreement, and after hearing victim impact statements, he declared it was completely disingenuous and unacceptable to him. 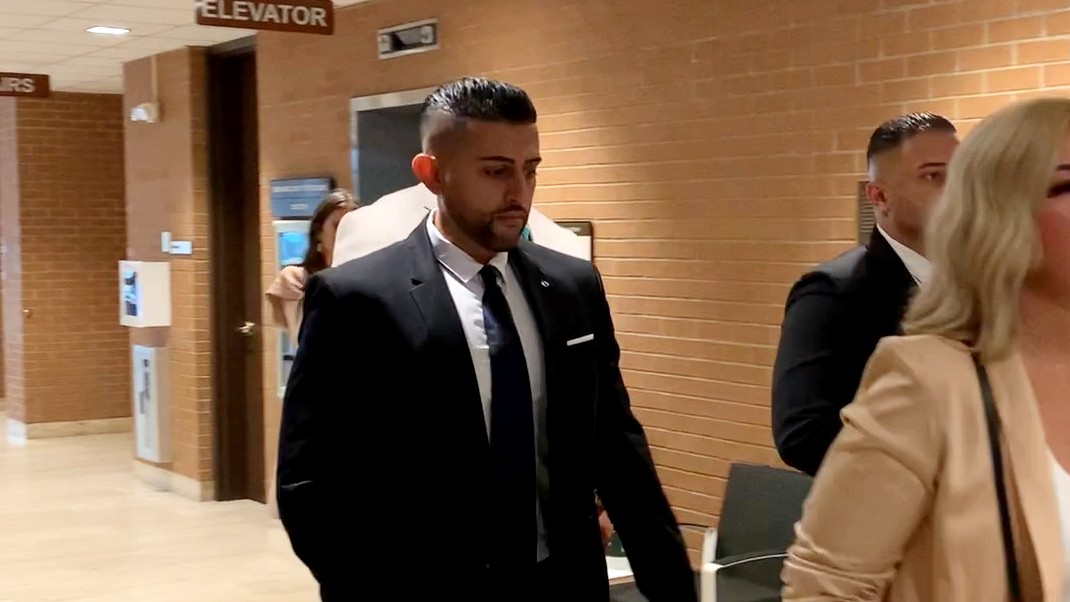 Nauman Hussain, the operator of the limousine company involved in the Schoharie limo crash, arrives at Schoharie County Court for sentencing on Aug. 31, 2022.

Just before noon on Wednesday, Lynch presented an ultimatum to Hussain, either withdraw your guilty plea, or be sentenced to up to four years in state prison.

It’s not clear if that will happen since both defense attorneys seem to have conflicts with that date.

Hussain was ordered to wear a GPS bracelet while awaiting trial.