After a federal judge blocked the enforcement of large parts of the law, State Attorney General Tish James filed a motion to keep it in place.

Wednesday, an appellate judge granted an interim stay, allowing the new gun law in its entirety to remain in effect for now.

At the moment, guns will still be prohibited from some places designated as sensitive locations, like Times Square, in addition to schools, government buildings, and places of worship.

“The wild west is not the experience you want people to have when they’re walking through Times Square or going into a synagogue or into a church or certainly not when going on our subways,” she said. 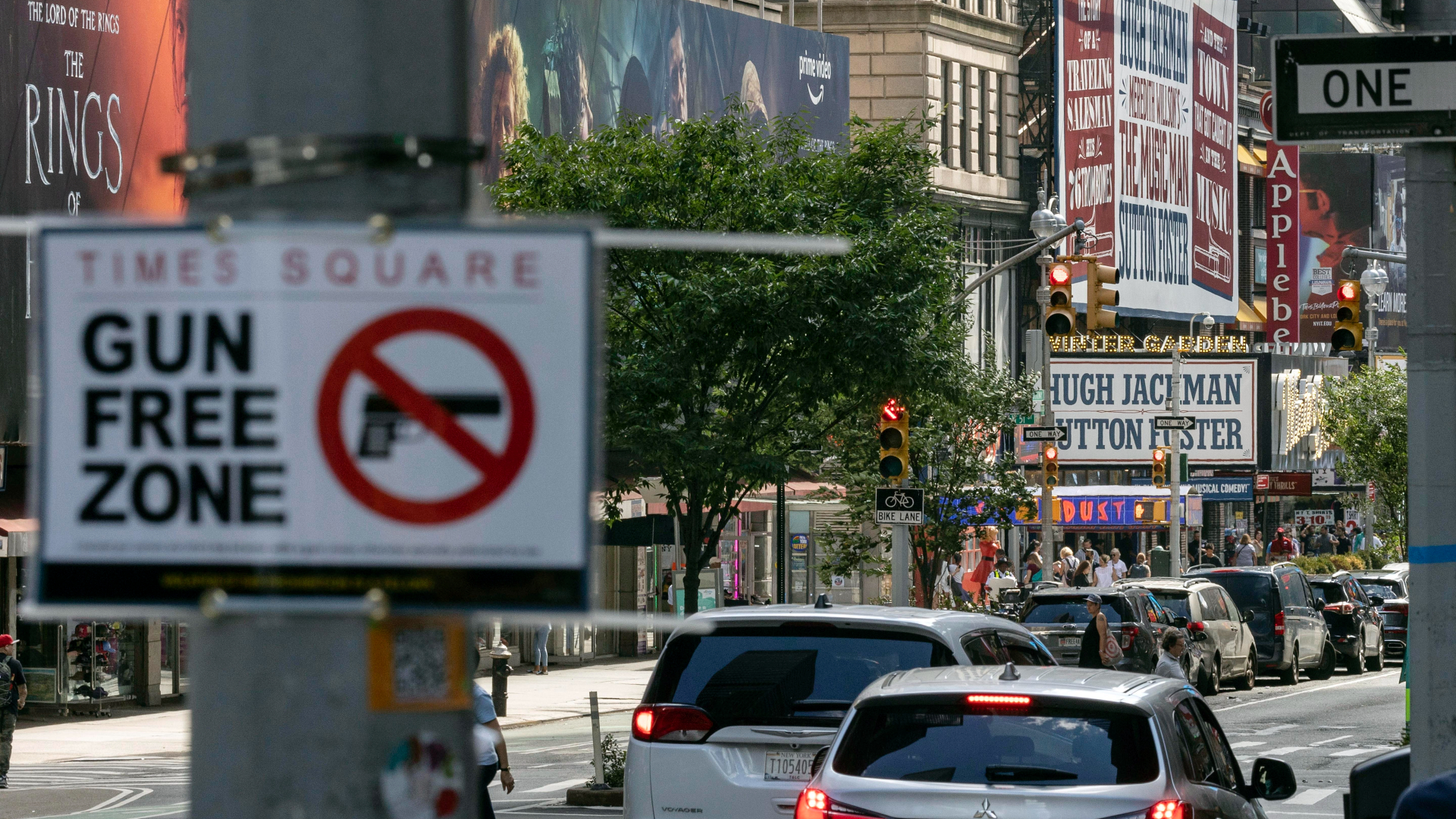 “It is still in my mind abhorrent that the Supreme Court took away a right that the governor had for 108 years to protect her citizens from people who did not go through major background checks and show a legitimate reason for needing to carry a gun hidden from everybody else,” said Governor Hochul. “So we’re dealing with the aftermath. We think our response was sensible: identifying sensitive places, not a wholesale ban, but saying there are places where it doesn’t work. And we’re going to continue fighting it all the way.”

The full concealed carry law is in effect until a three-judge panel on the Second Circuit decides on the motion to stay.