Kerosene shortage worries homeowner who fears she won’t have heat

With winter approaching, a woman in Warren County is concerned she might not be able to heat her home during the coldest months of the year.

A kerosene shortage is a problem. It is happening all across the Northeast.

For Hilda VanDerwarker, out in Pottersville, this is the first time she has ever had a problem in the nearly 30 years she’s used kerosene as her heating source.

The war in Ukraine, supply chain issues, and inflation are all to blame for the shortage of kerosene and many types of home heating fuel. There is no immediate end in sight to any of these problems.

Hilda tells NewsChannel 13 she’s living on Social Security, and she says it’s going to be too expensive to switch to propane.

She recently called her kerosene distributor, Hometown Oil, to top off her tanks, and they told her they would love to, but they have none. 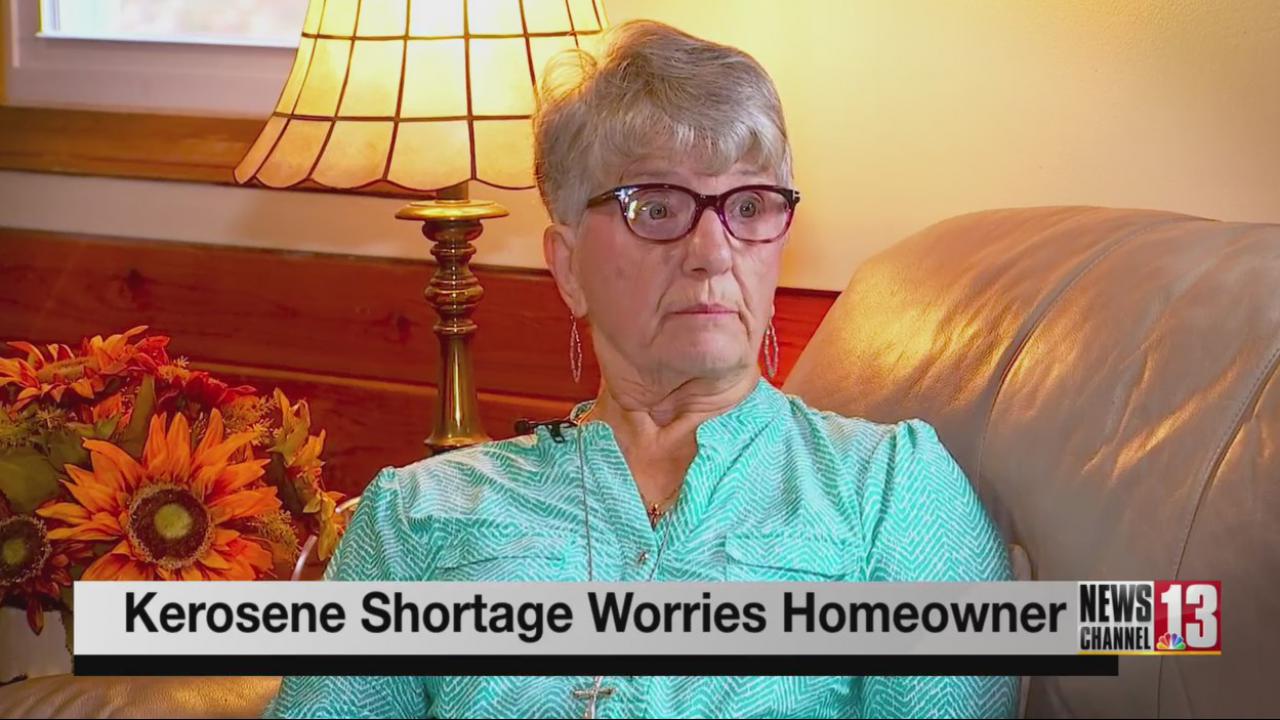 She said Hometown Oil told her there was none available at the port of Albany, and it has been that way for a few months.

“What are people in the North Country going to do,” Hilda said. “A lot of us have mobile homes up here, and they have tanks that are outside, so you have to have kerosene because the fuel oil will gel up.”

Hilda’s neighbor is also concerned. She was not able to interview with NewsChannel 13. However, she was so desperate to share her fear about if or when it will become available that she wrote us a letter.

We know the war in Ukraine and inflation play a role in the price of just about everything, including petroleum products.

There is one more factor that will go into how much you’ll pay this winter. We talk to First Warning Meteorologist Paul Caiano about that.

Watch the video of Tessa Bentulan’s story to learn what that is.