Amazon workers in Schodack have voted against unionization. The final vote was 406 NO to 206 YES.

The Schodack Amazon warehouse has 800 employees. Amazon is the nation’s second-largest private employer.

The Amazon Labor Union is a start-up labor organization. The showdown here in the Capital Region marked the third time Amazon workers have tried to unionize. Staten Island Amazon workers successfully unionized back in April. A separate unionization vote at another New York City area Amazon facility came up short.

If workers here had voted to unionize, it would provide wind in the sails for other Amazon workers across the country to follow suit.

With a rejection of the union here, it could demoralize other union activists.

Hear reaction to the decision by watching the video of Dan Levy’s story. 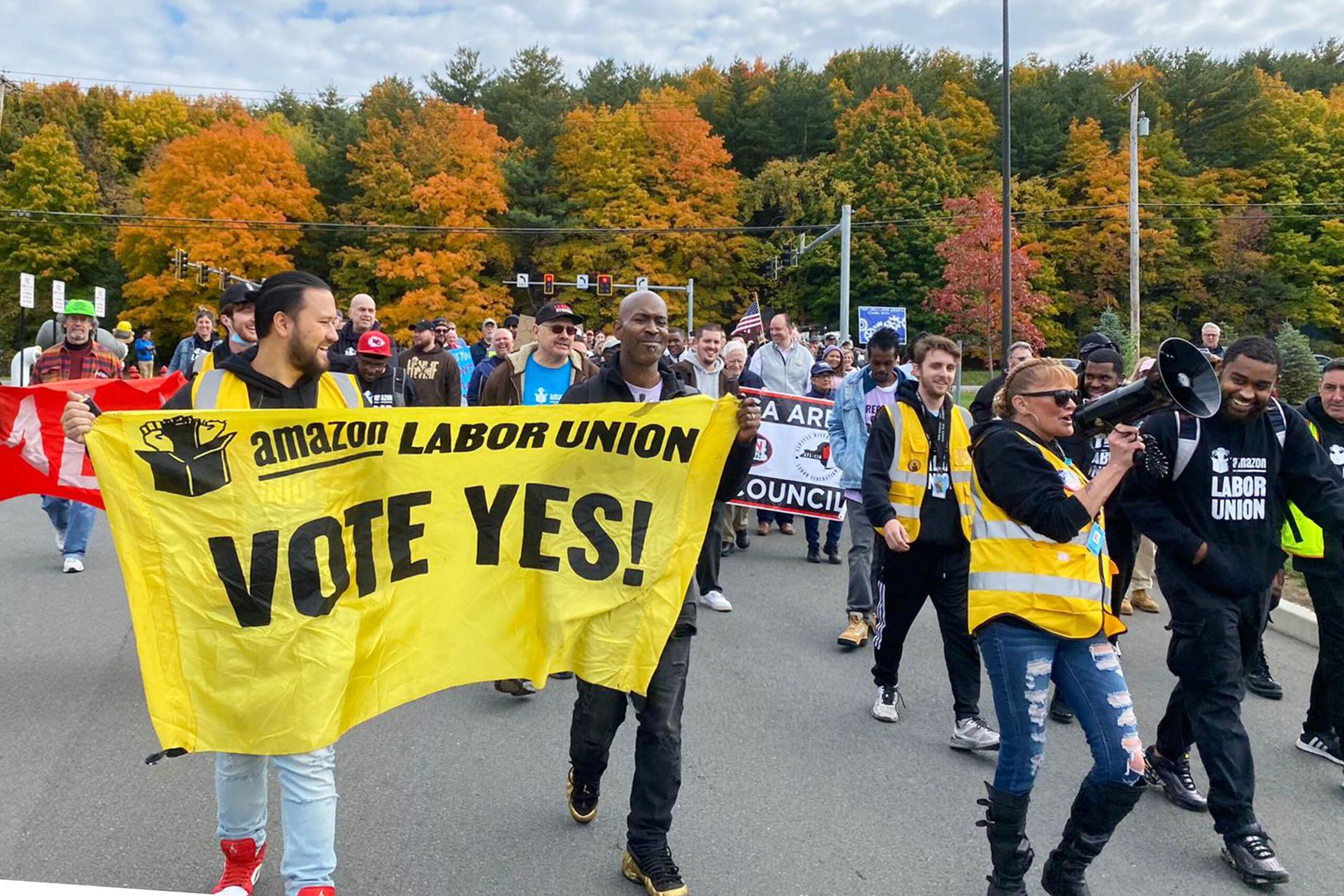 Amazon workers and supporters march during a rally in Castleton-On-Hudson, about 15 miles south of Albany, N.Y., Monday, Oct. 10, 2022. The startup union that clinched a historic labor victory at Amazon earlier this year is slated to face the company yet again, aiming to rack up more wins that could force the reluctant retail behemoth to the negotiating table. (Rachel Phua via AP)