MALTA — An avalanche in the Alps made international news.

Not only did the Gottmann family of Malta get the video that proved crucial to emergency crews, they also rushed to help dig out and rescue the buried skiers.

Erik, Troy, and Hans, with friend Tyler Osterhaut, were on their first day of a ski trip in Austria.

“Then slabs started going and then a dust of snow came up and then I was like, ‘Erik, avalanche!” remembered Hans Gottmann, 15, a Ballston Spa High School sophomore. “I yelled it out to him.”

They captured video of skiers being overtaken by the cascading snow. 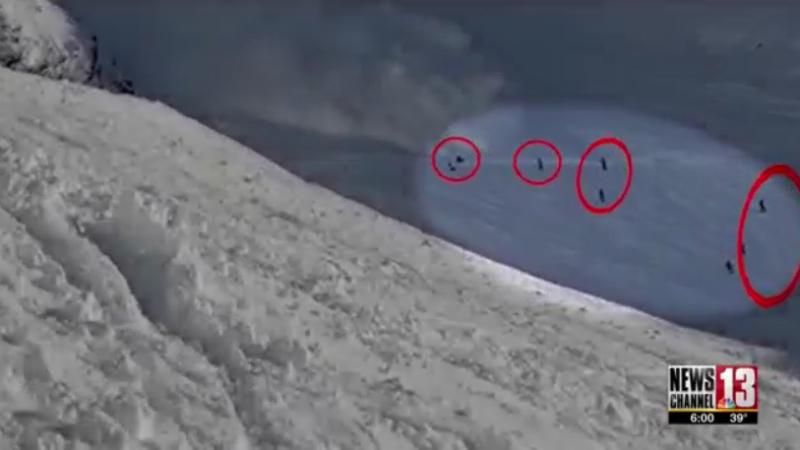 “All I heard was my younger brother go, ‘there’s an avalanche!’ and he yelled it and we looked up and there was an avalanche just going down the hill,” said Troy Gottmann, 17, a Ballston Spa High School senior. “And the only thing we heard was people yelling and screaming from the trail.”

The brothers were stunned at first, but not for long.

“I think we all kind of came to our senses and were like, we should go help those people. They could be hurt,” said Troy.

You can hear one of the brothers on the video say, “We’ve got to go check on those people,” seconds after the avalanche.

“We skied down and once we got to the avalanche, the snow was like– it’s really rocky and hard and we couldn’t ski any more, so we took off our skis and we just kind of ran over to see if anybody needed help,” said Troy.

“When we got down there, there were people, their skis were obviously all tossed under the snow, some of them on top of the snow, their poles were gone as well, and one guy was actually buried,” said Erik Gottmann, 19, a sophomore at Virginia Military Institute.

“We didn’t have poles then, but whenever someone would find someone or say they touched something, we’d just rush over, help dig,” said Hans.

“And they were helping dig for either ski poles, skis or anything like that,” added Erik. “When someone thought they found something or pressed one of the ski sticks down into the snow and it hit something, they would have everyone dig and help.”

“We didn’t have any avalanche gear so we just kind of like, they’d just hit something, everyone would run over and start digging,” said Hans.

“The worst part about it was we were so high up, I was out of breath, totally,” said Troy. “I couldn’t even breathe.”

He said what kept him going was the fact that there could still be someone under the snow.

Some rescuers flew in dangling from a helicopter.

Given the power of an avalanche, all the skiers were feared dead.

It turned out every one of the ten survived, in what was called the “Christmas Day Miracle.”

“Kind of just relief,” said Hans. “We saw that one guy with a cut finger, hurt shoulder, calling out for his wife. It’s kind of like- we kind of got nervous at the moment, scared, so it was a relief to know that everyone was all right.”

“It definitely makes me feel good about myself, but it’s really the people that were flying in, holding, clipped in on helicopters, that were saving people,” said Troy. “They brought in the poles, they brought in the shovels. They got the dogs and all the gear.”

Parents Steven and Kristan Gottmann are very proud of their boys, and thankful everyone survived.

The young men also shared their video with police, which was critical to knowing how many people were missing, and saved precious time and resources.

The young men are being called the heroes of Zurs.

“I think most people in that situation would do the same thing,” said Erik. “It’s just sort of the good in humanity, I think, that when most people see something happen, even if it’s people they don’t know, it’s just the right thing to do.”