SCHODACK – Multiple emergency crews were battling a major fire on Route 9 in Schodack on Wednesday morning. The South Schodack fire chief had to be taken to the hospital for what’s believed to be dehydration. Luckily, he’s expected to be okay.

The call came in shortly after 8 a.m. Wednesday.

Fire crews had a tough time battling the blaze because of multiple layers on the roof.

At one point, there were nearly 75 firefighters on the scene. There were crews from as far as Hudson that responded.

Most of the damage is on the second floor. The first floor has a lot of water and smoke damage. 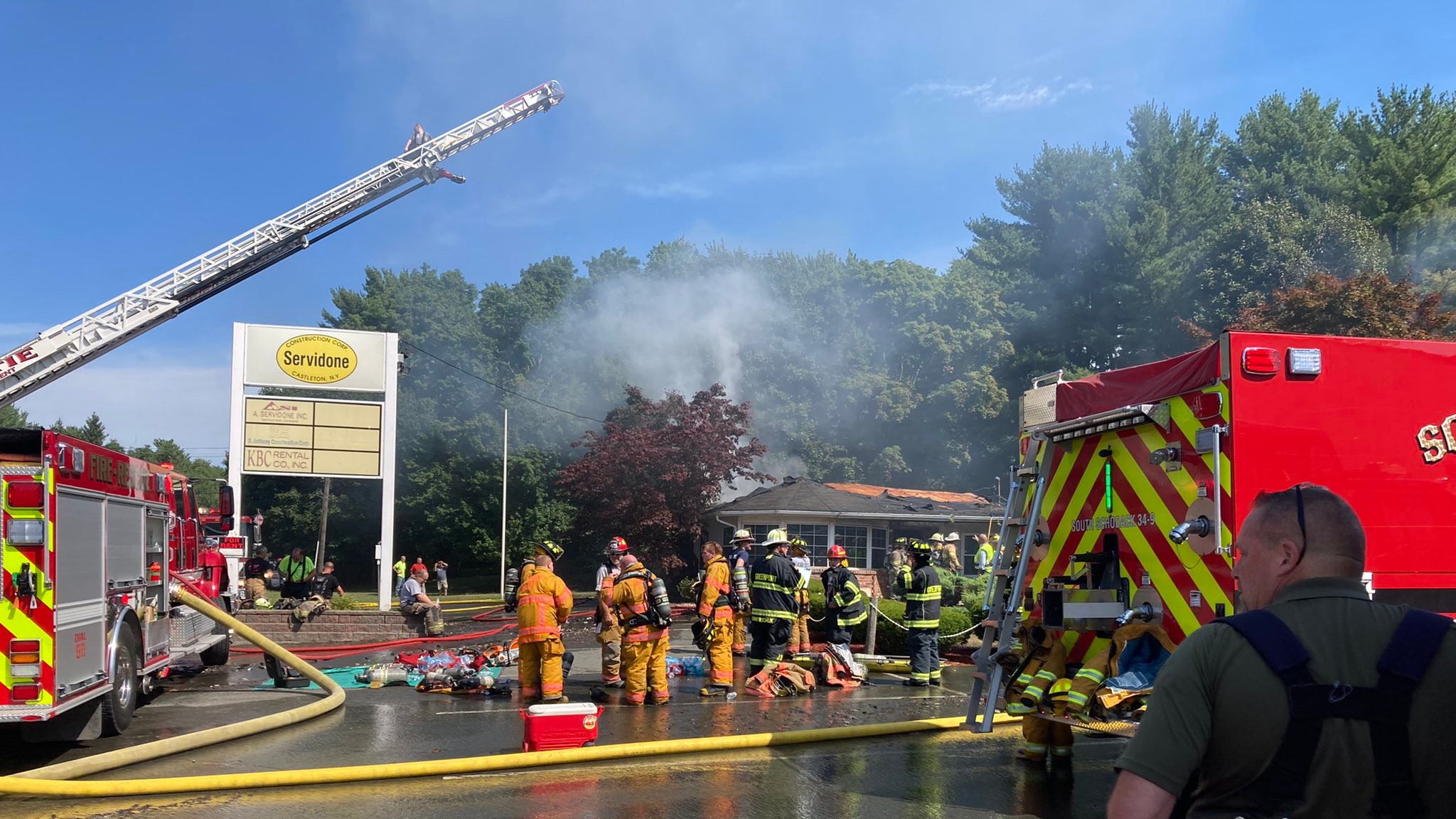 Firefighters respond to a fire at the former Servidone Construction headquarters on Route 9 in Schodack.

Crews pulled parts of the roof out to put out hot spots.

Luckily, no one was inside the building at the time of the fire.