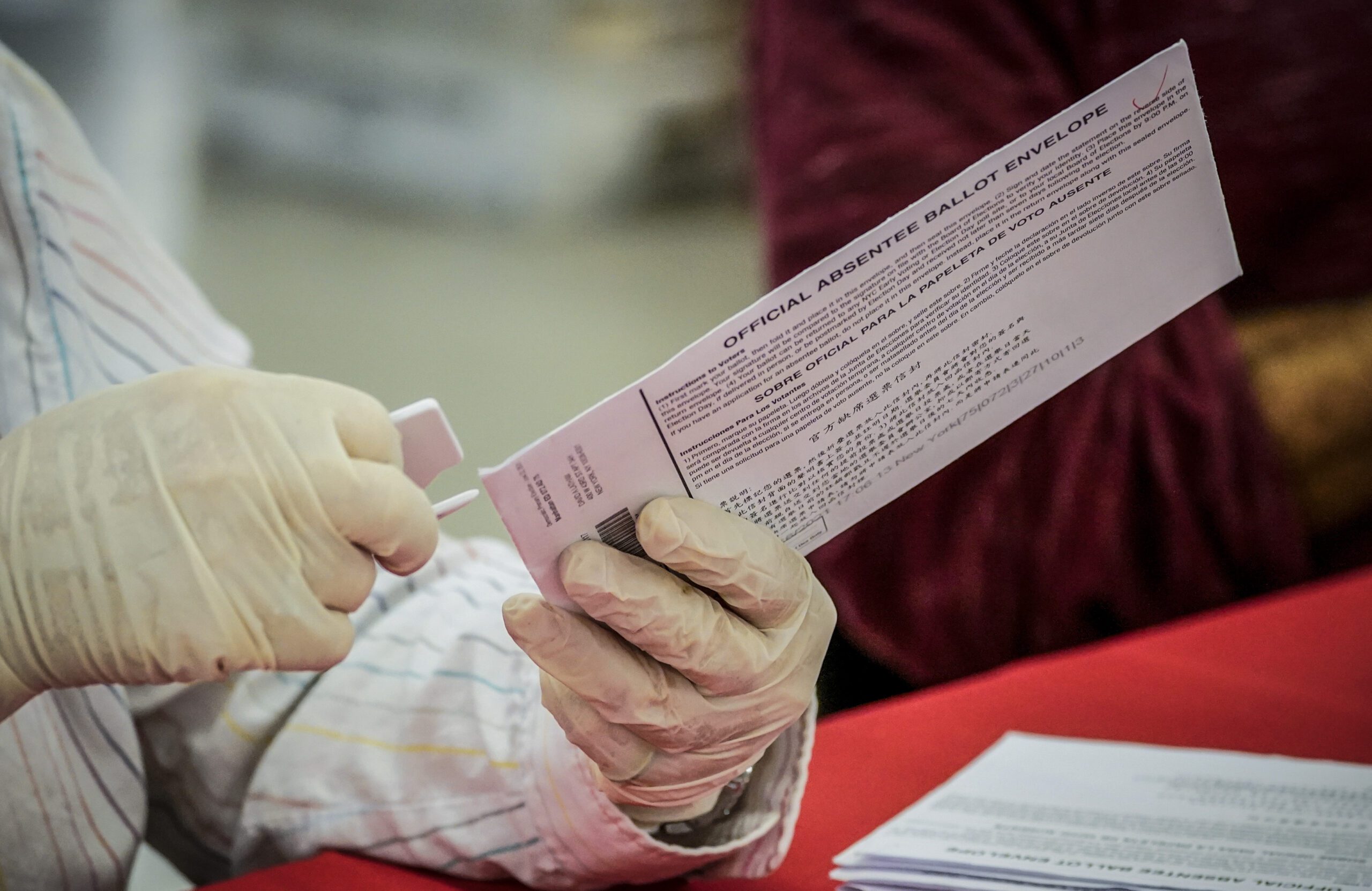 FILE - New York City Board of Election staff member removes an absentee ballot from the envelope as she helps count ballots in the primary election, Friday, July 2, 2021, in New York. New York would extend absentee balloting through the rest of 2022 under a bill that breezed through the Democratic-controlled Senate and Assembly this month. (AP Photo/Mary Altaffer, File)

A state judge in upstate New York on Friday said the pandemic-related rule that allowed absentee ballots to be prepared for counting before Election Day was unconstitutional. Saratoga County Judge Diane Freestone sided with Republican and Conservative party plaintiffs in ruling that the law clashes with an individual’s constitutional right to challenge ballots in court before they’re counted.

The state attorney general and legislative officials appealed by Monday, setting up an automatic, temporary hold on the ruling. The Appellate Division of state Supreme Court in Albany will hear oral arguments next Tuesday, one week before Election Day.

Freestone declined to strike down a law allowing voters worried about catching COVID-19 to vote absentee.

The plaintiffs also are appealing.

Democrats had argued that the rules were crucial to ensuring the state can handle the number of people who want to vote by mail because of the ongoing pandemic.

The case could ultimately be determined by the state’s top court, the Court of Appeals.