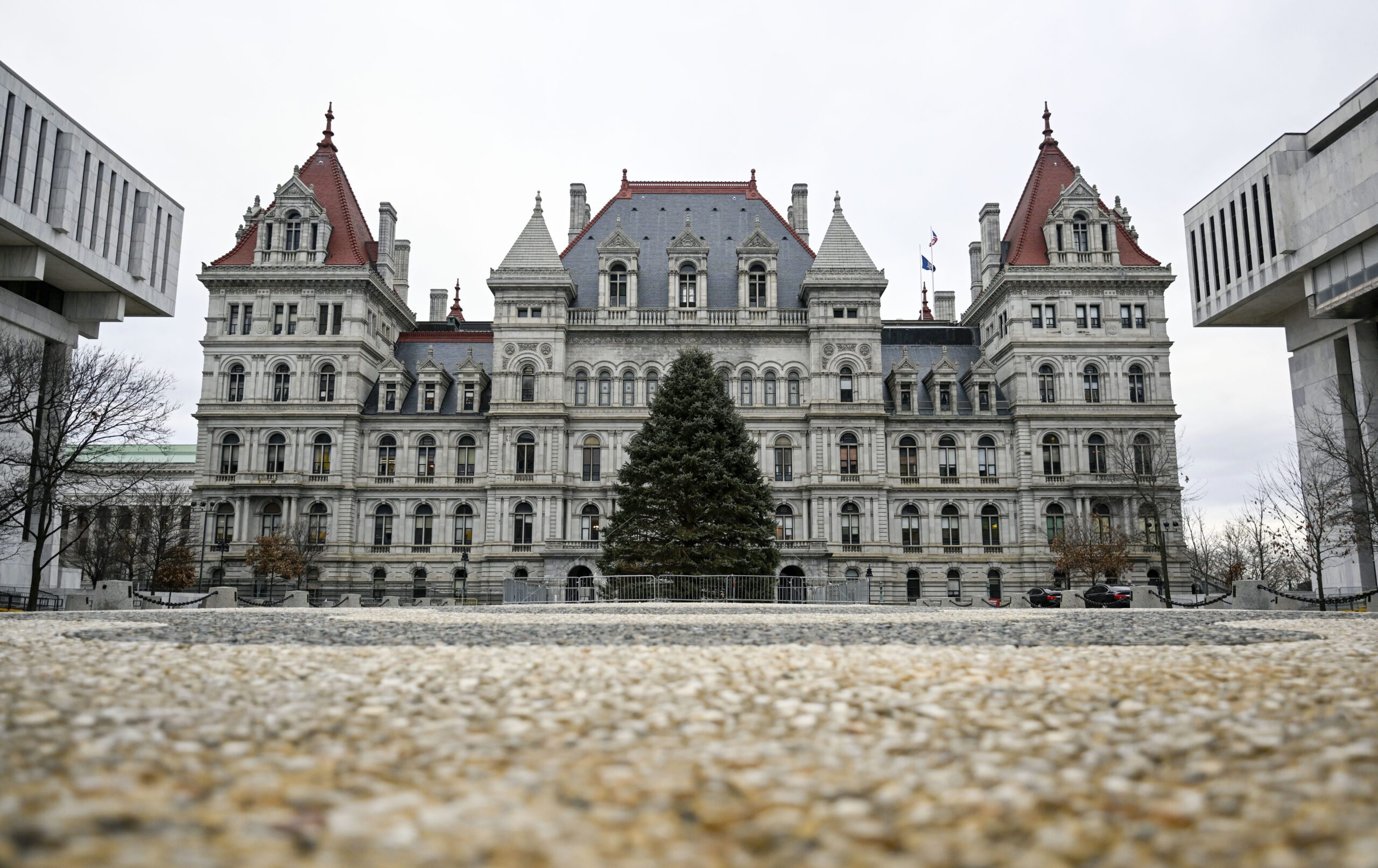 The New York state Capitol is seen prior to Gov. Kathy Hochul delivering her State of the State address in the Assembly Chamber at the state Capitol, Tuesday, Jan. 10, 2023, in Albany, N.Y. (AP Photo/Hans Pennink)

“We have underinvested in mental health care for so long, and allowed the situation to become so dire, that it has become a public safety crisis, as well,” Hochul said in a prepared statement. “This proposal marks a monumental shift to make sure no one falls through the cracks and to finally and fully meet the mental health needs of all New Yorkers.”

The more than $1 billion, multiyear plan was announced as part of the Democratic governor’s annual State of the State address, which she is scheduled to deliver at 1 p.m. It also would increase insurance coverage for mental health services, expand outpatient services and create greater accountability in hospital admissions and discharges.

The plan would direct state-licensed hospitals to reopen 850 inpatient psychiatric beds that went offline during the pandemic. The state also would create 150 new adult beds in state-operated psychiatric hospitals, including 100 in New York City.