Troy Police said a driver is in the hospital after he was driving the wrong way, smashed into parked vehicles, and ran from an officer Tuesday night.

Troy Police said a patrol officer saw a white BMW SUV traveling on 6th Avenue without headlights. The officer turned his patrol car around to stop the vehicle. That’s when police said the driver of the SUV drove the wrong way down Jacob Street.

Police said the officer then pulled up behind the SUV and turned on his emergency lights and sirens. That’s when, police say, the driver turned onto 5th Avenue and started speeding.

The driver then hit several parked cars as he crossed onto Hoosick Street, police said, adding the driver then got out of the vehicle and ran. Police caught him after a brief chase. 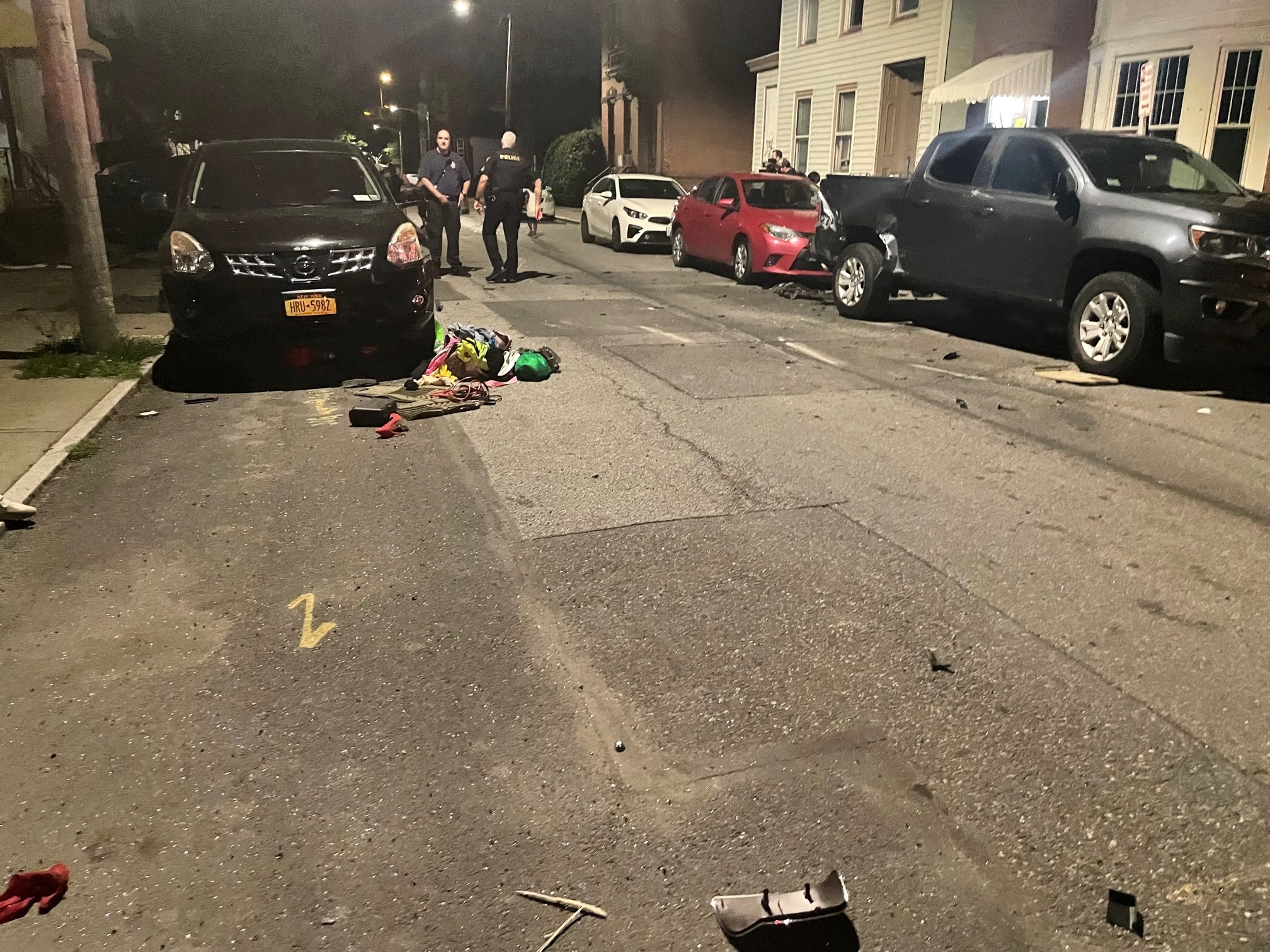