An off-duty police officer from Vermont was shot by police in Saratoga Springs.

It happened near Wheatfields, a restaurant on Broadway near the intersection of Caroline Street, around 3 a.m. Sunday.

It started when an off-duty sheriff’s deputy from Vermont, Vito E. Caselnova IV, got into a fight with some people from the Utica area, say authorities.

The Vermont deputy was physically attacked by at least three people, slammed into the hood of a car and knocked to the ground.

The deputy picked himself up and showed his gun. The people he was fighting with then showed their gun. Multiple shots were fired.

Hear the police radio transmissions as the shooting unfolded.

Police nearby heard those shots, and rushed to the scene.

They say they saw the off-duty deputy pointing the gun, and ordered him to drop it multiple times. However, that off-duty deputy made a motion towards the officers, and they fired about 10 or 11 shots. 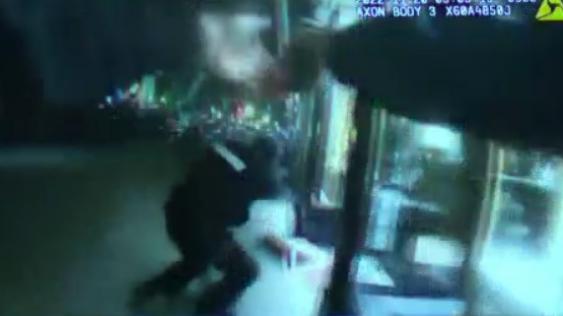 “Outside of a training exercise, or putting down a rabid animal, this is the first time in 26 years that an officer of the Saratoga Springs Police Department had to discharge a firearm in the line of duty,” said Saratoga Springs Public Safety Commissioner James Montagnino.

A total of three people were hurt in all the gunfire – the deputy, a guy from the Utica area, and a woman believed to be the deputy’s girlfriend – who was grazed by the bullet, say police. All are expected to survive.

The shooting remains under investigation.