Among those who say they will definitely vote, Hochul’s lead over Zeldin stands at eight points – 52% to 44%.

The poll also asked voters their opinions of each candidate. That found 46% of voters say they have a favorable opinion of Hochul, while 43% have an unfavorable one.

In addition, 11% say they have never heard of Hochul or they were unsure how to rate her.

Zeldin – on the other hand – is not so well-known. The poll found 36% of New York voters say they have a favorable impression of Zeldin, while 37% say they don’t. Meantime, 27% don’t know who he is, or were unsure how to rate him. 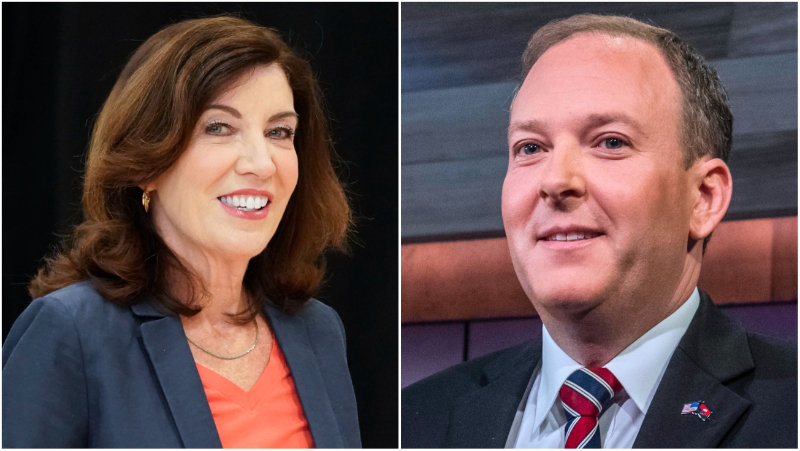