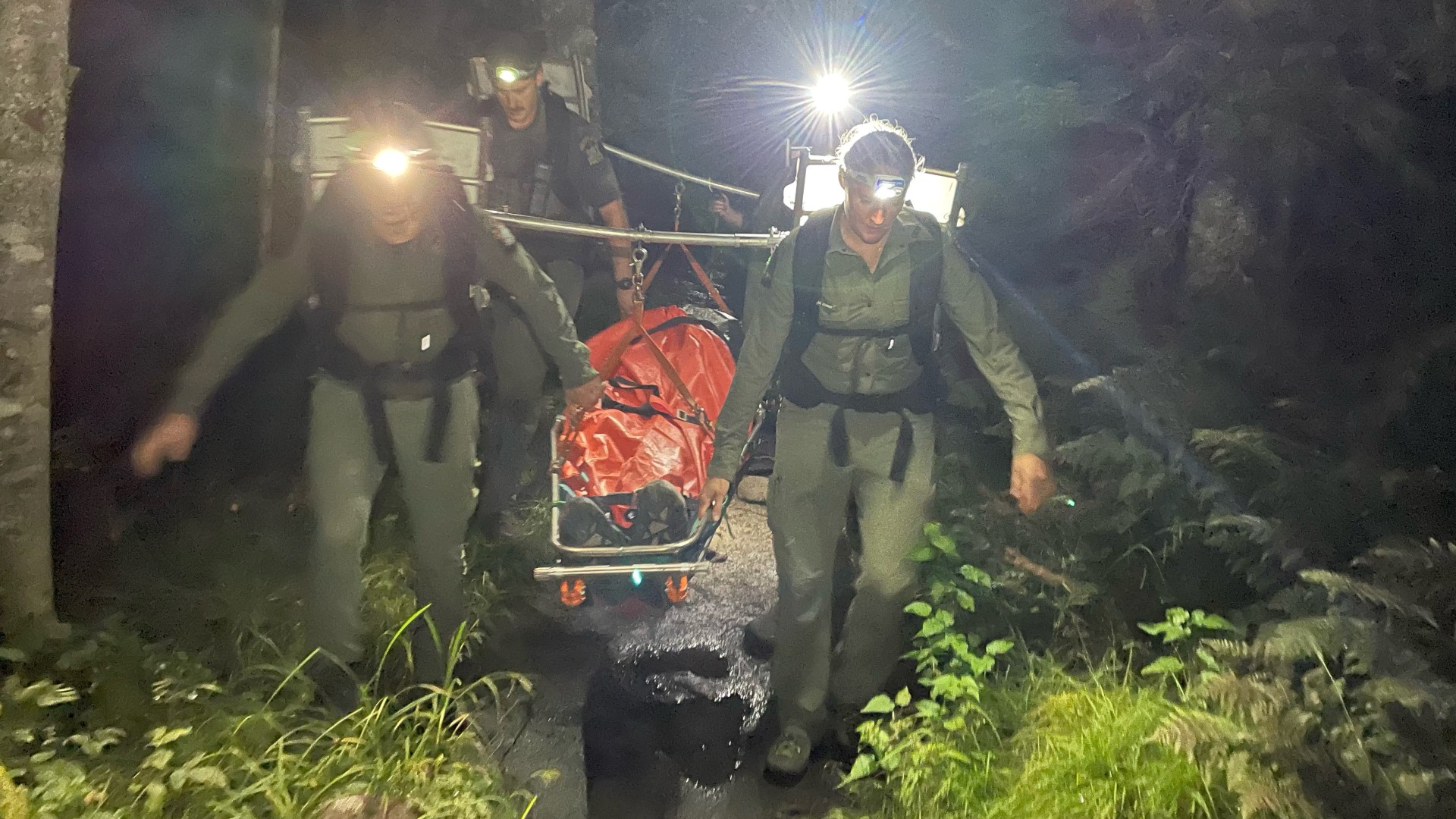 Forest rangers needed to carry a Schenectady man off Mount Marcy after he suffered a knee injury.

The state Department of Environmental Conservation says the 57-year-old hiker was near the summit of New York’s highest peak on Sunday with his 15-year-old son when he suffered a significant knee injury.

State police used a helicopter to fly a forest ranger to the hiker. Strong winds prevented the first attempt to drop the ranger off. The helicopter eventually dropped the ranger about a mile from the injured man.

While that ranger provided first aid, nine more rangers and three search and rescue volunteers climbed  the mountain to meet them. They then carried the hiker about three miles to where they were met by an EMS unit from Lake Placid.