School bus in Pittstown rolls over with kids onboard

A student suffered minor injuries Friday morning when a Hoosic Valley school bus slid off the road and rolled onto its side in Pittstown.

There were nine students on the bus, according to the Pittstown Fire Department. The injured student was taken to the hospital.

The crash happened around 7:15 a.m., according to the school district.

The bus slid into a ditch near County Road 111 and Baum Road, the Pittstown fire chief said. It ended up on its side.

The driver was not injured. The other students were transported by other buses to school or released to their families. 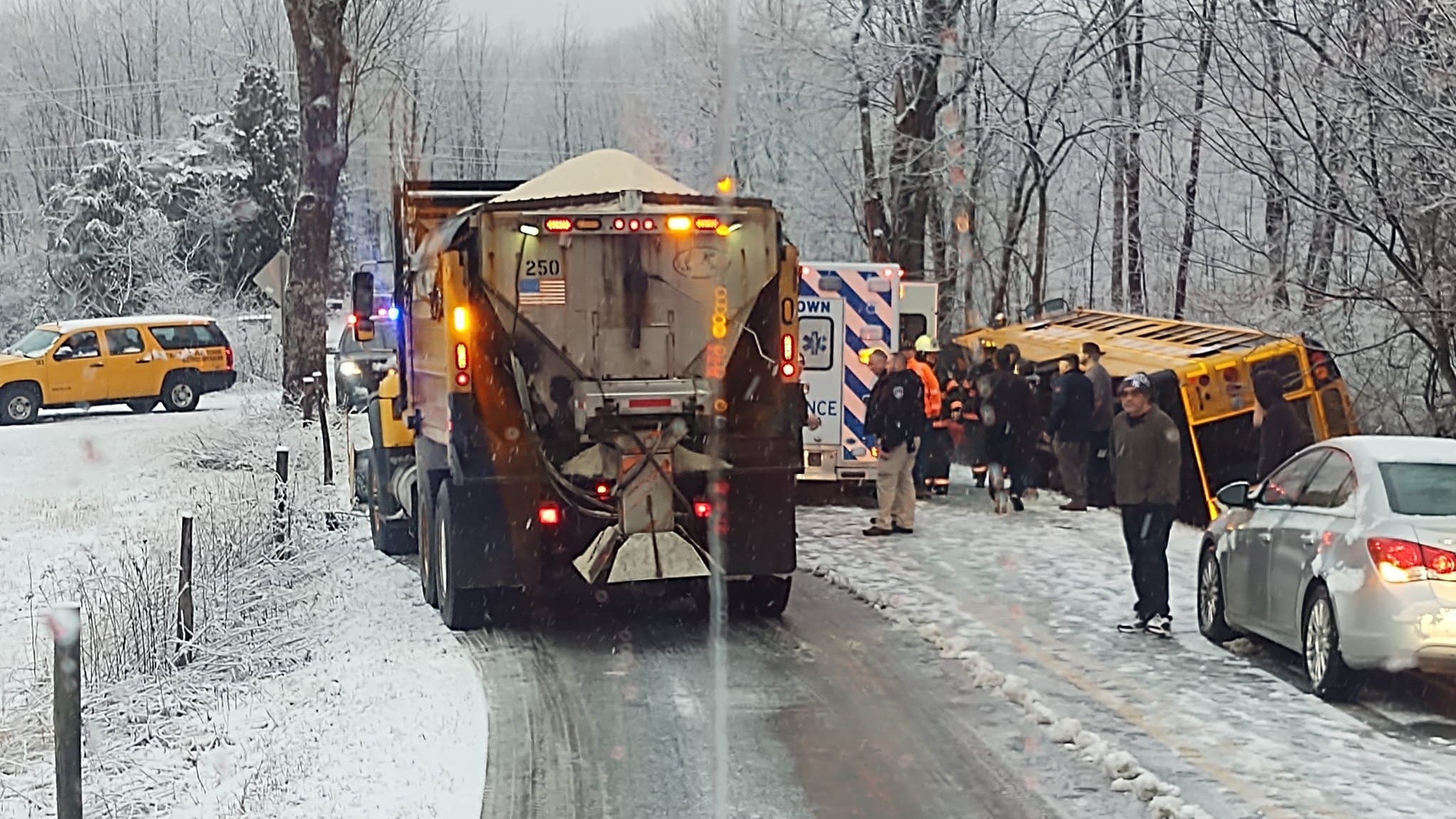 Road conditions were slippery Friday morning after snow and rain fell on most of the area.