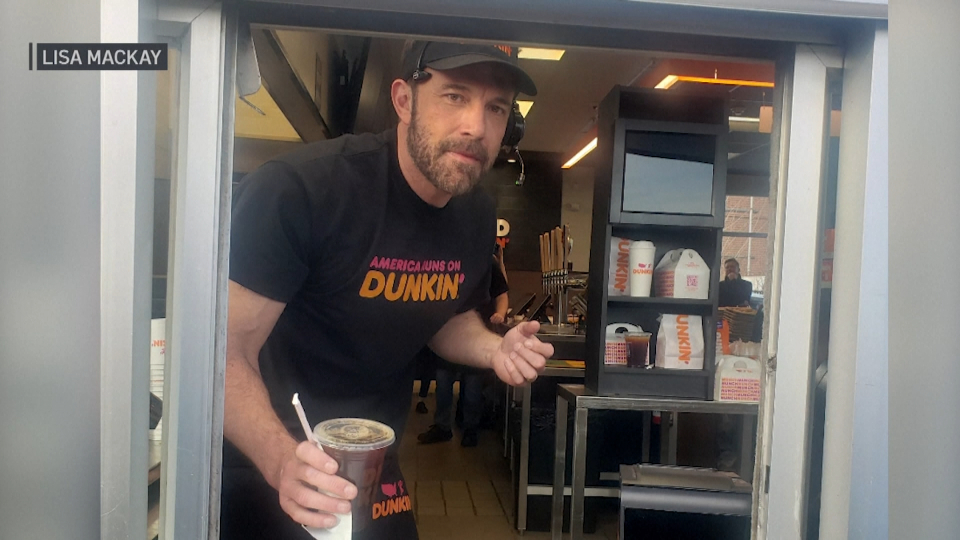 Ben Affleck was seen serving customers at a Dunkin' in Medford, Massachusetts.

Affleck was spotted on Tuesday, slinging drinks at a drive-thru in Medford, Massachusetts.

A woman who took a photo of the “Batman” and “Good Will Hunting” star said he was quick-witted and funny when they talked.

The woman said she signed a form for video of her to be used, and was told by crew members that they were filming a commercial.

A film crew was spotted around noon breaking down on Tuesday.

She says second best to seeing Affleck – her coffee was free!