Bills’ Hamlin collapses on field, gets CPR; game suspended for the rest of the night 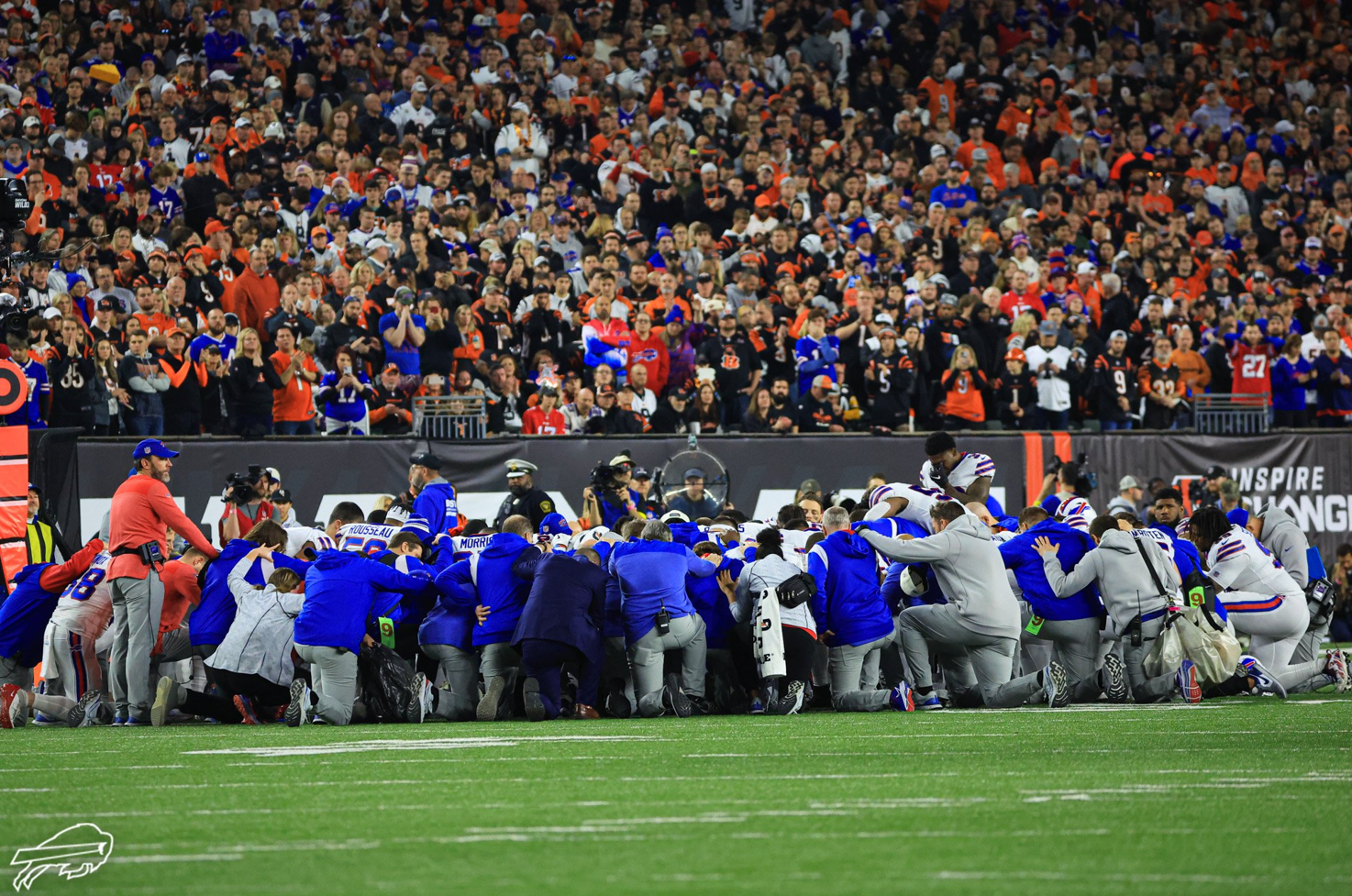 CINCINNATI (AP) — Buffalo Bills safety Damar Hamlin collapsed on the field and was administered CPR before being driven away in an ambulance during Monday night’s game against the Cincinnati Bengals.

Hamlin collided with Bengals receiver Tee Higgins after a completion. He got to his feet, appeared to adjust his face mask with his right hand, and then fell backward about three seconds later and lay motionless.

Hamlin was surrounded by stunned players from both teams, and when he was taken off the field 16 minutes later, the Bills gathered in prayer.

While medical personnel were gathered around Hamlin, his uniform was cut off and he appeared to be getting CPR. ESPN reported on its telecast that Hamlin was also given oxygen. He was strapped to a backboard and moved into the ambulance.

“No one’s been through this,” longtime NFL quarterback Troy Aikman said on the ESPN telecast. “I’ve never seen anything like it, either.”

The game was suspended 21 minutes after the injury, and players walked off the field slowly. At about 10:00 p.m., the call was made to suspend the game for the rest of the night. Further conversations will address if or when the game is made up.

The 24-year-old Hamlin spent five years of college at Pitt — his hometown — and appeared in 48 games for the Panthers over that span. He was a second-team All-ACC performer as a senior, was voted a team captain and was picked to play in the Senior Bowl.

He was drafted in the sixth round by the Bills in 2021, played in 14 games as a rookie and then became a starter this year once Micah Hyde was lost for the season to injury.