Independent investigators interviewed current and former members of the executive chamber, state troopers, other state employees, and people who interacted regularly with the governor. The report found the governor engaged in "unwelcome and nonconsensual touching, as well as making numerous offensive comments of a suggestive and sexual nature that created a hostile work environment for women."

It also found the governor and his team retaliated against a former employee for coming forward, and that the Executive Chamber was a hostile environment.

This all started in December 2020 when former Cuomo aide Lindsay Boylan tweeted that the governor had sexually harassed her for years, and claimed she wasn’t the only one. 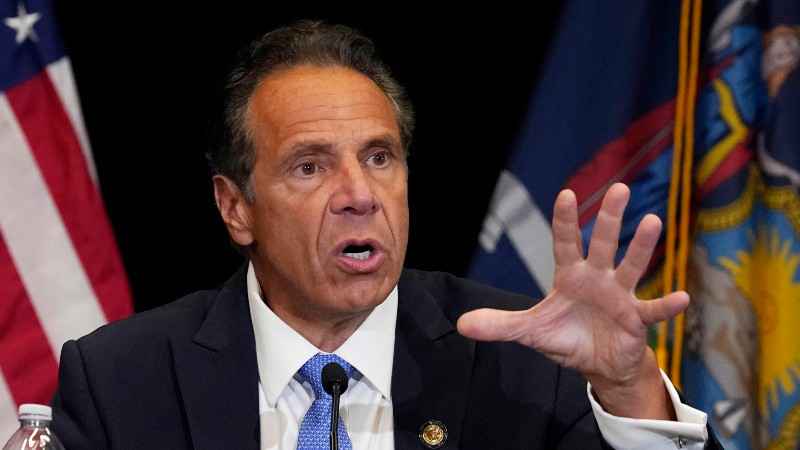 Cuomo quickly denied the allegations. However, Boylan then tweeted details in February 2021, saying Cuomo kissed her on the lips without consent, would try to touch her on her lower back, arms, and legs, compared her to an ex-girlfriend, and remarked they should play strip poker.

At least nine more women have come forward since then with serious sexual harassment allegations against Cuomo. They include former employees, current employees, and a woman who says Cuomo inappropriately touched her at a wedding reception.

One aide said Cuomo groped her breasts after summoning her to his official residence.

As the accusations began to trickle in, the governor said in late February that he never intended to offend anyone or cause harm. However, he now realized his interactions might have been insensitive or personal.

“I acknowledge some of the things I have said have been misinterpreted as an unwanted flirtation. To the extent anyone felt that way, I am truly sorry about that," Cuomo said.

James announced March 1 that she received a referral from Cuomo’s office to begin an investigation against the governor.

In total, more than 100 members of the New York State Assembly and Senate called for Cuomo to step down.

Cuomo said he “learned an important” lesson about behavior around women, but planned to stay in office.

It was around this time state lawmakers passed legislation to scale back emergency powers given to Cuomo at the start of the pandemic. The bill prevented Cuomo from issuing any new directives, but allowed him to make changes to existing orders or directives.

Cuomo’s frequent in-person COVID briefings with reporters were also sharply scaled back, with only rare briefings where reporters could only ask questions virtually. Cuomo’s office had said that this was due to the pandemic, but reversed the thinking as reporters pointed out the frequent crowds of non-media guests he would invite to be there in-person.

The in-person briefings resumed in April, where the governor once again flatly denied the sexual harassment allegations against him.

"The report can’t say anything different because I didn’t do anything wrong," Cuomo said.

By May, investigators were interviewing county officials about his "vaccine czar" calling them to assess their support for the embattled governor, and whether they would urge him to resign. One county executive was disturbed by the call and complained to the state attorney general’s office, according to reports published in March in The New York Times and The Washington Post.

A few days later, Assembly Minority Leader Will Barclay issued a statement calling for the investigation to move faster.

A new Siena poll released around that time found a small uptick in the governor’s favorability rating, and shifting views on whether he should resign. By July, a poll found only one-third of New Yorkers said he should run again.

These aren’t the only investigations Cuomo is facing. James and the legislative committee are also looking into if the governor used state resources to write a book on his pandemic leadership. The Assembly committee and federal prosecutors are also looking at his directive where he ordered nursing homes to accept recovering COVID patients, and then refused to release how many residents died from the virus.

Gov. Cuomo released the following video statement in response to the AG’s report:

NewsChannel 13 is working on this story right now. We’ll have coverage on the attorney general’s report on WNYT.com and our newscasts starting Live at 5.