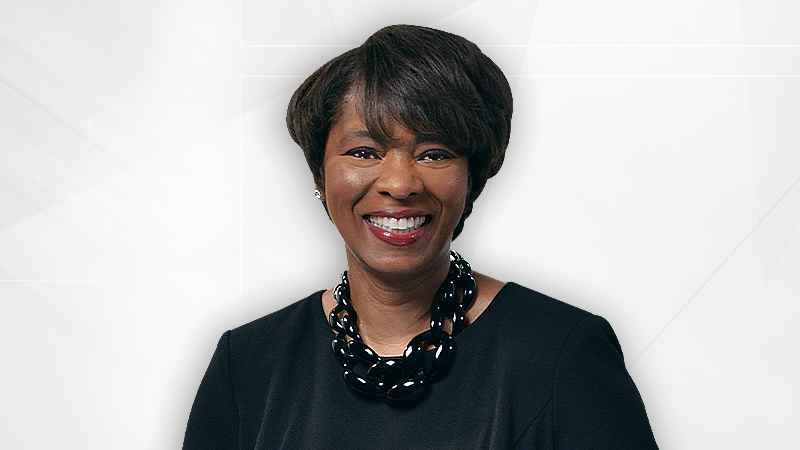 Elaine Houston is an award-winning journalist. She joined WNYT in January 1990. Today, she is the co-anchor of News Channel 13 Live at 5:00 and 5:30. She has also received accolades for her reporting. Her stories have taken her to Washington, DC to cover the inauguration of President, Donald Trump in 2017. She also covered candidate Trump in New York City on election night in November 2016.

In 2015 Elaine traveled to the White House where then President Barack Obama posthumously presented WW1 soldier Sgt. Henry Johnson the Medal of Honor. Elaine has traveled to Oklahoma to cover tornado damage and to Massachusetts in 2004 and Sen. John Kerry’s bid for the White House. In 1999 Elaine traveled to Cuba and covered the protracted conflict over little Elian Gonzalez, as well as a day in the life of Havana’s Cuban citizens.

In 2017, Elaine was also in Washington, DC to cover the hundreds of thousands of women who rallied in the nation’s capital for the Women’s March on Washington in opposition to the proposals of President Donald Trump. She won the Employee of the Month for her work in Washington D.C.

Her emphasis on women’s issues has garnered Elaine numerous awards, in 2017 she won the 2017 New York State Broadcasters Association award for a story in her weekly series, Today’s Women. In 2016, she was presented the YOU GO GIRL award from HERLIFE Magazine for her stories here at home on women impacting their community through her series Today’s Women on WNYT-13. That same year she was presented with Girls Inc.’s FUEL HER FIRE award. She focuses on everything from the growing number of women who find themselves homeless, to the number of women living in poverty, as well as those changing their communities through volunteerism and those changing the lives of other women through entrepreneurial enterprises, leadership roles, and non-profit organizations.

That same year she also received the MOM PROM award from the ZONTA club of Schenectady also for her inspiring stories on women. Elaine is so passionate about covering issues that are gender-specific to women, as well as telling stories that give women a voice that she started her own website for women in 2014 www.SHEspeaks2me.com.

Elaine not only highlights the accomplishments of women, but she also wants to encourage women, particularly those who are struggling with poverty, or dealing with socioeconomic issues that cause them to feel their voices go unheard. So, she sponsored a women’s summit in Albany, NY in 2017, 2018 and 2019. Each year over 100 women have attended the sold-out leadership and empowerment conference. There, they are treated to workshops on financial independence, how to write a book, nutrition, advocacy lessons for supporting their child, as well as panel discussions with female business leaders and entrepreneurs. The day is packed with inspiration and more.

Sometimes telling the stories of women requires an in-depth look and as a result, Elaine through her production company, Daddy’s Little Girl Productions INC. LLC, has produced three films. She recently debuted her latest docu-story, ‘CURVEE GIRLS’. The film delves into the issue of body shaming targeted at women. She says we all have a role to play in this behavior because sometimes women participate by shaming themselves. A women’s worth, she says ‘’should never be determined by her weight.’’

As the education reporter at WNYT, Elaine highlights outstanding teachers and students with her Top Teacher and "The Best and the Brightest" programs. Her passion for education resulted in her creating an Education Forum for 100 teachers in 2011 to discuss the controversial Teacher Evaluation process. She received the Employee of the Month award for her efforts in that project.

In 1999, in her capacity as an education reporter, she organized a weekend trip to Space Camp in Canada for 30 educators. The goal was to help the teachers encourage their students to pursue careers in science and exploration.

Elaine has received numerous education awards including, the SAANY’s award in 2009 for outstanding education stories and the PTA lifetime award in 2000.

Elaine was recognized by WNYT in 2011, again with the Employee of the Month award for creating a company-wide lip dub video that was shown on television and later posted on the WNYT website and generating hundreds of hits.

Equally important as her professional career is her work in the community and around the world. In 2017, Elaine was presented with the Community of Excellence Award by the College of Saint Rose for work in the community. In 2012, Elaine’s humanitarian efforts were recognized in a cover story in the June issue of HERLIFE magazine. Also, in 2012, she received the Distinguished Community Service award from New York Gov. Andrew Cuomo.

In April 2005, Elaine received the Trefoil Award from the Hudson Valley Council of the Girl Scouts. The award recognizes outstanding members of the community who present positive role models to today’s Girl Scouts.

In May 2004, the College of Saint Rose bestowed an honorary doctorate degree upon Elaine for her work in the community as well as her stories on teachers and her commitment to education. That same month the Women’s Press Club selected Elaine as the Media Person of the Year for her accomplishments in the community and her work at WNYT.

Elaine’s first book was published in March 2004. "The Friendships Between Women" is a compilation of letters from women on tragedy and triumph.

In February 2004, Elaine received the Journalist of the Year award from Urban Voices Newspaper for her positive stories on people of color. That same month she also received a community service award from the Chocolate Thunder Marching Band for her stories that chronicled the trials and triumphs of this award-winning marching band.

In January 2004, Elaine was awarded the NYS PTA life member award for her series Education Spotlight, Educator of the Week and other work celebrating teachers and students.

In February 2003, Elaine was awarded Gov. George Pataki’s African Americans of Distinction Award for her contributions to her profession and the community.

Elaine created a communications program at the Arbor Hill Community Center, teaching children ages 9-12 the basics about the broadcast business. In 1998, Elaine created the "Cookie House," an after school tutorial program for kids. She sponsored the program for seven years. Much of her spare time is spent traveling to schools, meeting with and talking to young people.

In 1996, she received an award for her community service from the Twin Rivers Council of Boy Scouts of America and the State University of New York’s Black Student Alliance.

A native of St. Louis, Missouri, Elaine earned a Master’s Degree in International Women’s Studies in 2009 from the State University of New York’s Empire State College. She also holds a B.S. in Journalism from Southern Illinois University-Carbondale.