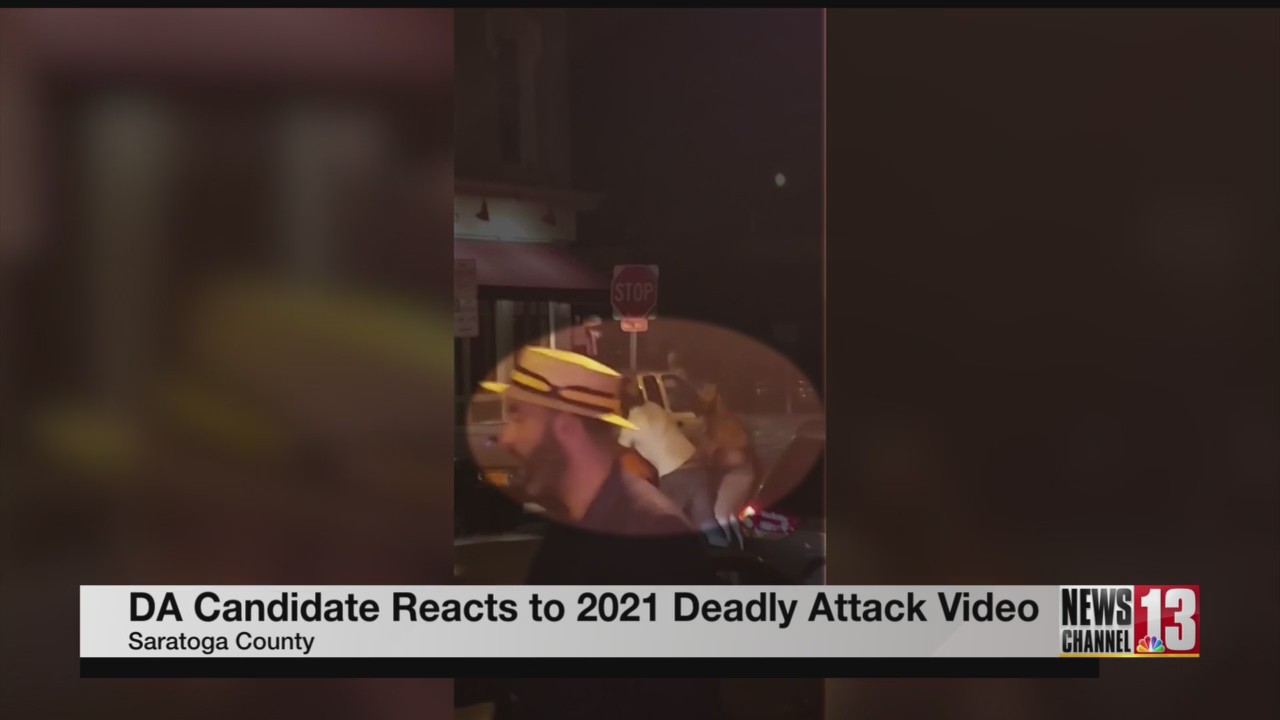 A video we showed you First on 13 of a 2021 Saratoga Springs attack that left a man dead is the center of attention in the Saratoga County district attorney race.

District Attorney Karen Heggen explained her reasoning for not releasing the video in a debate on Oct. 11. The Democratic candidate running against her, Michael Phillips, called her out for lack of transparency.

In the video from August 2021, Mark French is seen confronting one of the Garafalo brothers. Then you see the other brother come up from behind and punch French in the head.

After watching the video, Phillips said the case is clear-cut.

Heggen said the case was very challenging. She says they didn’t release the video because they believed the court could likely rule the defendant was punching the victim in self-defense.

“It was a case where there was a justification defense that was going to be set forth, which might bring about a total acquittal of that case,” she said.

Heggen anticipates in December he’ll be sentenced to three year in prison, followed by three years of supervision once he’s released.

His brother, James Garafalo, was recently sentenced to four and a half years in state prison.

“Do we want more when ultimately someone has serious injuries or death? Yes,” she said, “but our job is to seek what’s right and just, not to prosecute and get the maximum sentence each and every time. That’s not justice.”

Heggen and Phillips will face off in the polls Nov. 8.