The state Legislature established the 11-member task force to recommend improvements to an industry fraught with safety and enforcement issues. Many of those issues were exposed following the 2018 crash of a stretch limo in Schoharie County that killed 20 people.

While there have been parallel investigations into the cause and culpability of the crash, there has also been an effort to make sure what happened in Schoharie never happens again.

“To be honest with you, we had the NTSB report from the federal government and for me that was good enough,” said David Brown, owner of Premiere Transportation in Albany, and one of 11 members of the task force. “Am I 100% thrilled with the outcome, no.”

Brown says there are certain family members and board members who preferred withholding the report until the state inspector general’s office to completed their investigation.

Among the many recommendations, the task force is calling for mandatory seatbelt use for all limo passengers, uniform training for limo drivers, and a minimum age to obtain a limo driver’s license.

In addition, older vehicles that have been on the road for 10 years or have driven 350,000 miles will be removed from service. 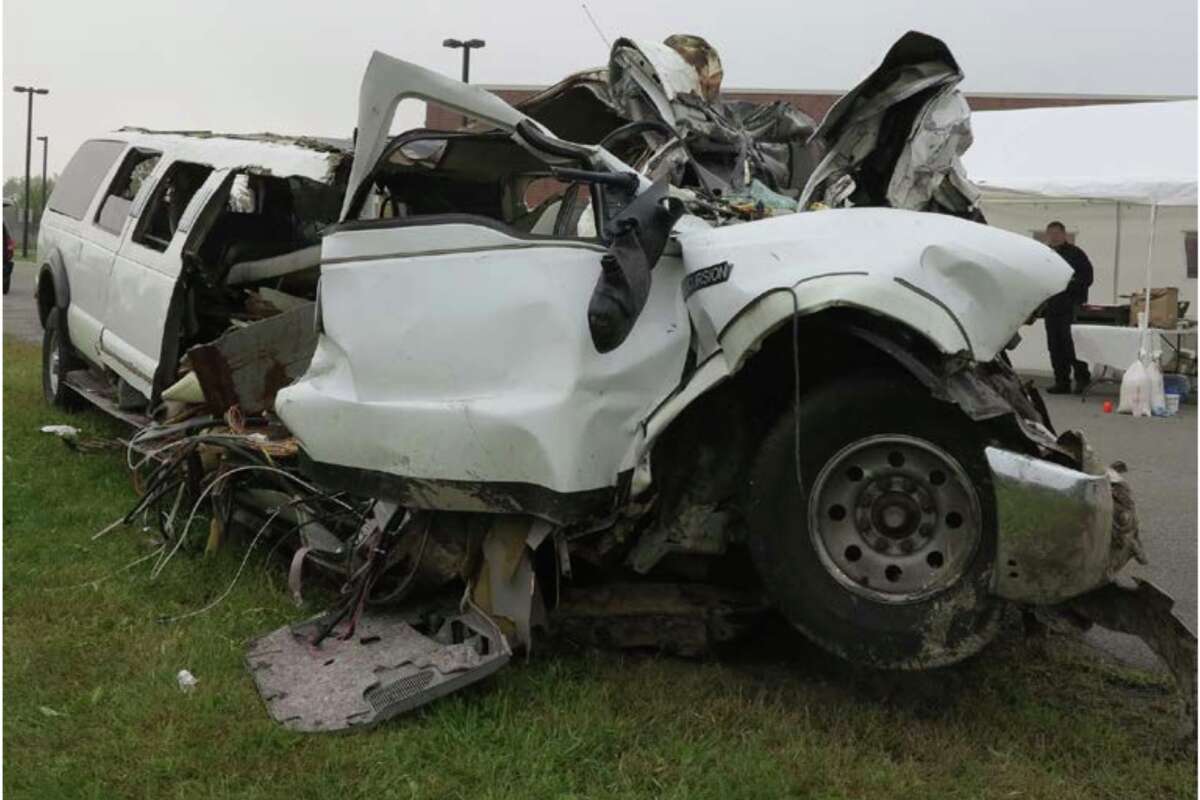 This photo provided by the NTSB shows the wreckage from the 2018 crash of a stretch limousine in Schoharie.

One of the bigger recommendations involves better communication between state agencies. Brown believes if that had happened in the past, the Schoharie tragedy may never have happened.

“His client went out of his way to skirt the law and shame on the law, on the state agencies for not catching him, but at the end of the day, it was this person, (Nauman) Hussain, who sent out a limousine that should have never been on the road.”

It was on Saturday afternoon — Oct. 6, 2018 — when a white Ford stretch limousine owned by Prestige Limousine crashed into a restaurant parking lot on Route 30 in Schoharie County, killing the driver, 17 passengers, and two bystanders.

The Legislature initially created the task force during the COVID-19 pandemic. Gov. Cuomo signed it into law in February 2020.

After Gov. Kathy Hochul replaced Cuomo, she directed the task force to “immediately convene and agree on a timeline for completing its comprehensive study of safety measures.”

Last October, on the third anniversary of the crash, Hochul issued a statement that read in part, “We must honor the memory of these individuals by realizing our obligation to review every single aspect of limousine transportation and help prevent such tragedies.”