A man from Albany who was sentenced last month in federal court for computer fraud and identity theft has now pleaded guilty to an additional charge.

Michael Fish, 26, pleaded guilty to obstruction of justice for submitting fraudulent letters to deceive the court into giving him a lighter sentence.

Fish admitted to doctoring four letters, and faking three more from a priest and family members.

When Fish was a student at SUNY Plattsburgh, he hacked into the social media accounts of female students and stole nude photographs and videos which he then sold.

He faces up to 20 years for the additional charge. 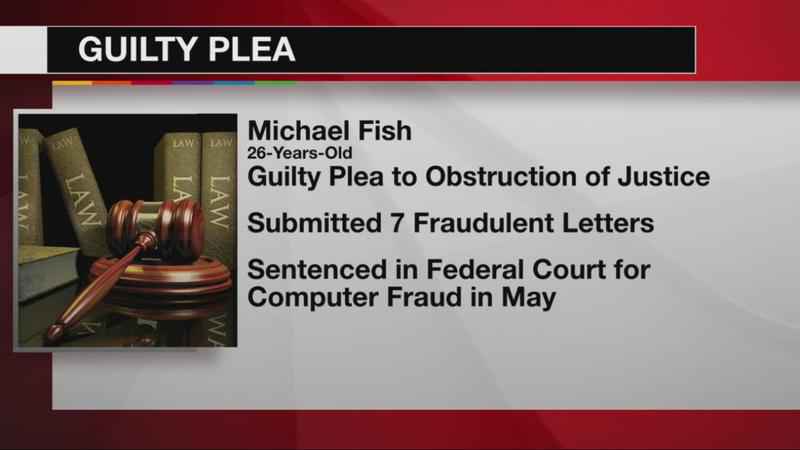