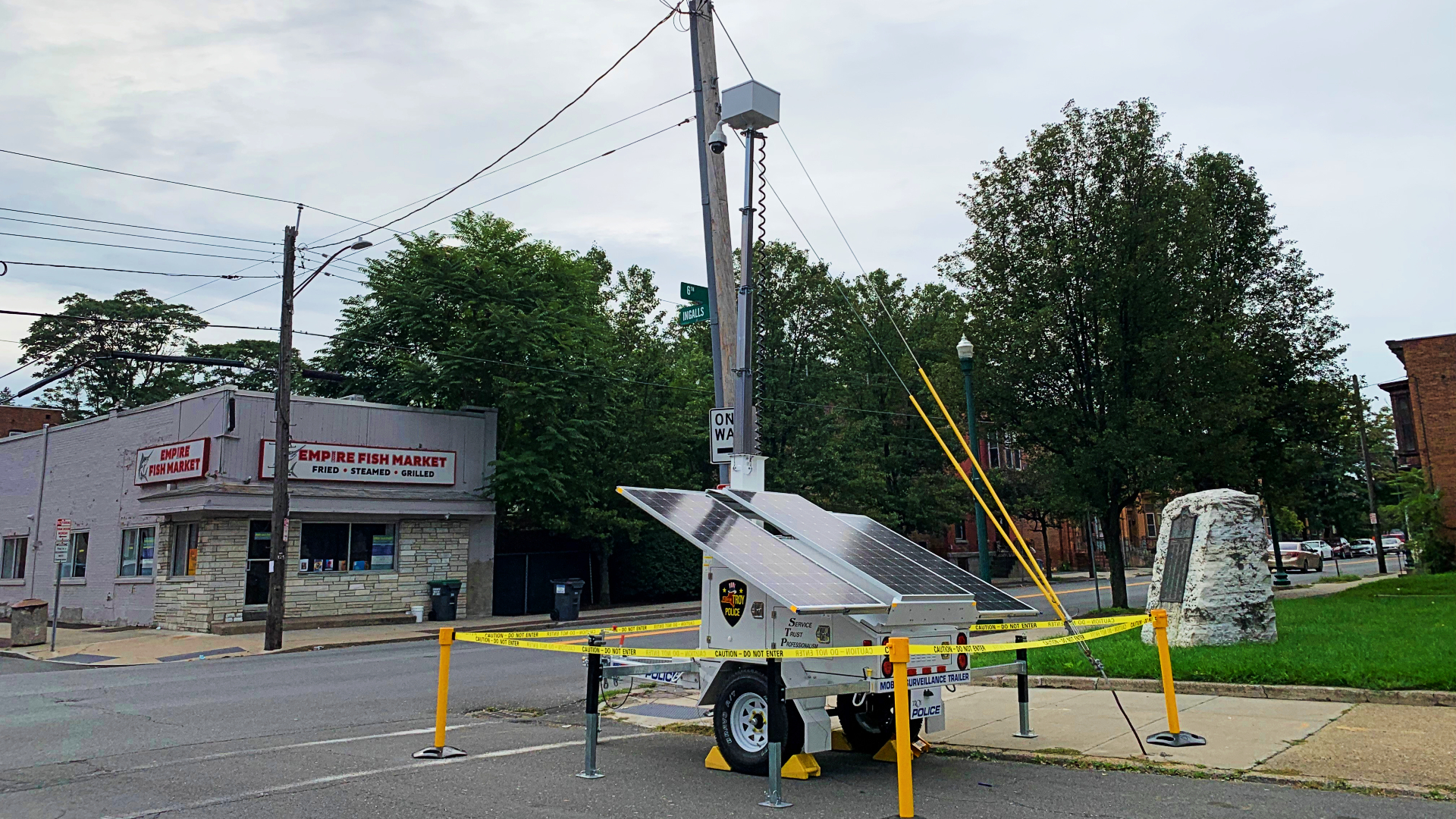 This mobile surveillance trailer will be used around Troy. (Troy Police Department)

Troy police are providing an update on the city’s camera surveillance system.

The department says it has recently deployed a mobile surveillance trailer with cameras on it.

The department says the device will be out on city streets nearly every day of the year, and will move to different locations as surveillance is needed. Pictures will be live-streamed to police.

Fixed cameras will also be installed at locations in the northern and southern areas of the city.