It was four weeks ago when a man walked into an Albany homeless shelter and attacked a shelter employee with a machete. Now we’re getting to hear from the victim of that attack.

Jon Romano, 34, is a man who has many wounds yet to heal, but also many questions – some of which may never be answered.

“I ask myself why am I still alive? Why am I going through this? And I guess I have more lessons to learn in life,” Romano said in one of several TikTok videos he shared from his hospital bed.

Eighteen years ago, it was Romano’s mental illness and actions that landed him in prison. He has since turned his life around. He’s now dedicated to helping others by casting light on the darkness of mental illness.

It was Randell Mason’s alleged actions with a sword on Aug. 29, and his apparent mental illness, that landed Romano in the hospital.

“I don’t have the use of my arms, my hands, my legs, or my feet. It’s going to be a while, but I do have a lot of great surgeons helping me, putting me back together,” Romano said in a video.

Romano was working inside the Sheridan Avenue homeless shelter in Albany when Mason walked in, hoping to get some lunch. Words were exchanged. Witnesses say Mason’s demeanor grew more aggressive, and he was asked to leave the shelter.

“A moment later, my boss starts screaming watch out, and the guy comes out of the locker room, he’s got two swords in his hands,” Romano said.

It was one frightening moment Romano will never forget.

“I run for my life, literally, and he catches me in the stairway, knocks me down, and I’m lying on the stairs, and I start trying to fight him off. I’m kicking at him, and he just starts swinging the swords, and he’s chopping up my legs real bad, and I’m still holding him off as they’re falling apart,” he described. 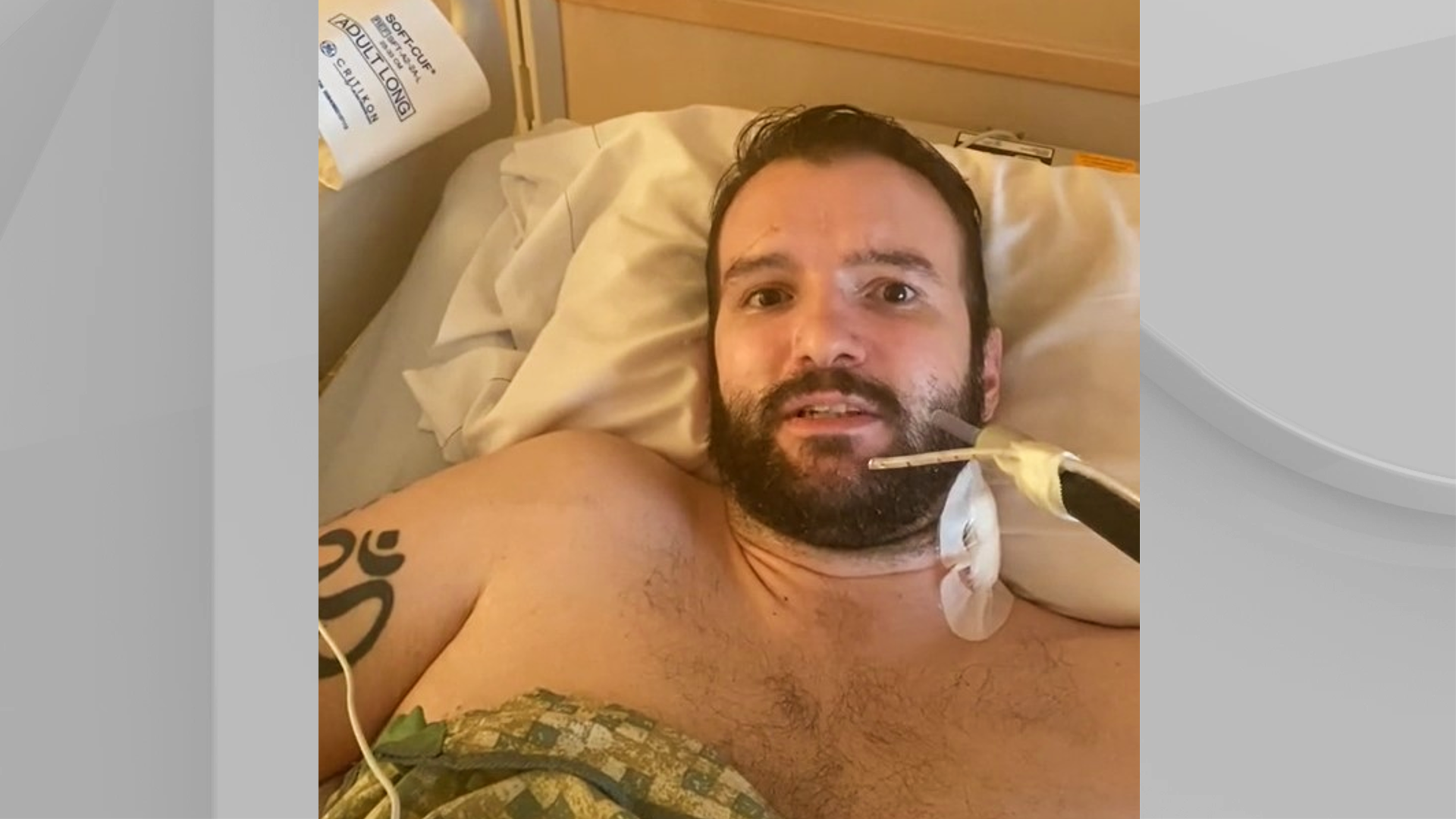 In a TikTok video, Jon Romano describes the sword attack that left in hospitalized.

Romano says he was fading in and out of consciousness at the time.

Mason pleaded not guilty to second-degree attempted murder. He’s been ordered to undergo a psychiatric evaluation.

Meanwhile, after four long weeks of uncertainty while recovering at Albany Medical Center, Romano has encouraging news to share.

“I’ve got a little bit of movement in my right arm. It’s still kind of hard to control but I can move it around for the first time,” he said in his most recent video. “I was scared for a while, and it feels so good to be able to move it.”

Sunday was the first time he was allowed to enjoy the outdoors in the hospital courtyard.

“It’s a gorgeous day, and I just wanted to share it with you all. And I really needed this, and I’m so happy for this, and I’m happy to be alive,” he said in a video recorded outdoors.

Romano still faces a long road to recovery. He says he’s grateful for the Albany Med staff and for many family and friends who visit regularly, who are there to lift his spirits.

He admits, it isn’t easy going through what he’s going through. The carrot at the end of the stick for him is one day being able to help people lift themselves back up, just as he did.

“What gets me through it is just thinking that one day, not only will I be able to come through this a better person, but that hopefully I can help others somehow, some way. And, I don’t know, share whatever I’ve learned with other people that they can become better too,” he said.